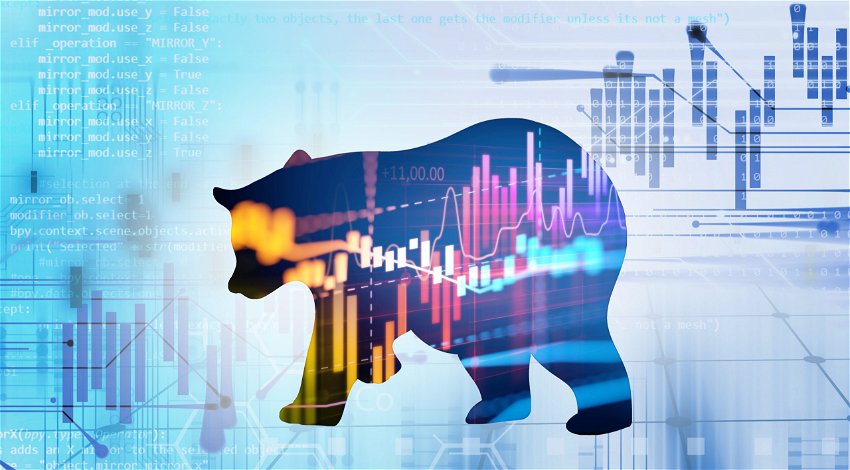 Crypto is here to stay, be diligent, smart, and greedy while you can.

The recent bear market has caused concern for many with gains over the past 18 months evaporating in conjunction with the break up of Terra and the concern of inflation which has been ignored by governments throughout the first world.

Nevertheless, crypto is here to stay and I will make the argument that the bear market should be seen as an opportunity to secure your financial future and while diligence is essential, you should be greedy while you can as this opportunity may not present itself in the same way ever again.

The adoption curve and transfer from web 2.0 to web 3.0 are clear to see, with several notable executives leaving traditional finance and technology to move across into their more disruptive counterparts. According to a recent publication from Linkedin, crypto hires have increased by 73% over the past year.

Moreover, exchanges such as Bakkt, Bitstamp, Kraken, Crypto.com, FTX, and Coinbase all have seen significant hires across the EXCO level and expanding their network into the broader ecosystem with the latter’s, in particular, looking to transform into a lifestyle brand for integration across wider society. 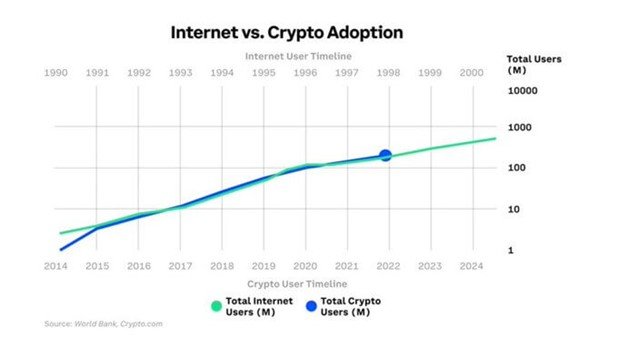 However, this is not a silo incident exclusive to exchanges. Recently, the BTC orientated company NYDIG acquired Bottlepay, which is one of the leading lightning network companies to allow for faster microtransaction payments across their network. In addition, NYDIG struck a deal with NCR (National Cash Register) who are one of the leading ATM providers and work in collaboration with multiple banks providing services and linking transactions between stores and merchants. This is just one of the many examples of a web of interconnectivity being bridged between web 2.0 and web 3.0 as major institutions are preparing for migration.

In sum, crypto is not only here to stay, but it is going to dominate and it is still so early on. As is seen time and time again, history repeats itself and the transition into Web 3.0 is no different. The adoption curve between the internet and Crypto is almost identical with it currently sitting at 1998 in relative terms. Crypto can be volatile and fluctuations will be seen, but it is important to zoom out and realise that this bear market is an opportunity to load up on the coins and tokens that you believe to have a high ceiling.

The rise of NFT’s and why they will dominate modern society.

While Bitcoin is undoubtedly king of the payment’s world, NFT’s and digitalised assets hold a myriad of opportunities in a far more open and meritocratic space. While the indoctrination of NFT’s has largely been associated with the Ethereum blockchain, and rightly so, growing pains have been associated with the project and the high demand has caused high gas fees which makes the opportunity cost for your low to mid-level NFT’s more unattainable.

NFT’s are so exciting and the utility that they will offer society will invoke a cross-industry paradigm shift. When the word NFT’s is mentioned, many will immediately think about BAYC and other community art related content, but NFT’s have such a wider reach. Loyalty and reward points can be NFT’s, gaming content can be in the form of an NFT, and other collectibles.

These are just a few reasons why NFT’s will dominate society and getting involved now is a wise play to make.

Parody Coin (PARO), a new NFT project that can change the game.

As outlined, there have been growing pains with the Ethereum network for trading NFT’s which has led to the need of alternatives to aid the demand for trading, development, and deployment. Parody Coin, although still very early on and currently undergoing its Presale before listing across major DEX’s is well positioned to be the protocol of choice for your less scarce NFT’s, which still hold high demand. 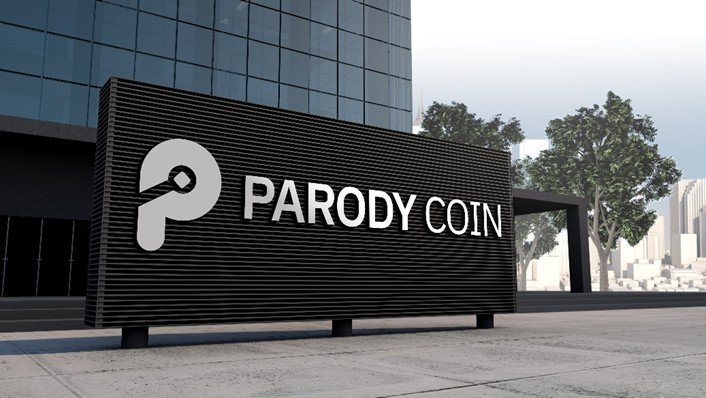 Parody offers the ability for individuals to own copies of the NFT and still benefit from the use case if it is a utility NFT. Furthermore, if you did own a unique NFT and were looking to trade it, but did not want to consume the high gas fee on an alternative blockchain you can purchase the copy or ‘Parody’, burn the original, and then the Parody becomes the original. Then you are able to trade or mint on a far cheaper network.

Parody Coin also offers users the ability to earn rewards through holding the token or staking for a minimum of 2 weeks where rewards are then paid directly to you in either BEP20 or BEP2 (BNB) tokens.

The concept and utility of the project have the potential to change the game when it comes to NFT ownership and is one that could be worth considering when looking for your next investment.