Could this be the end of cosmetics maker Revlon 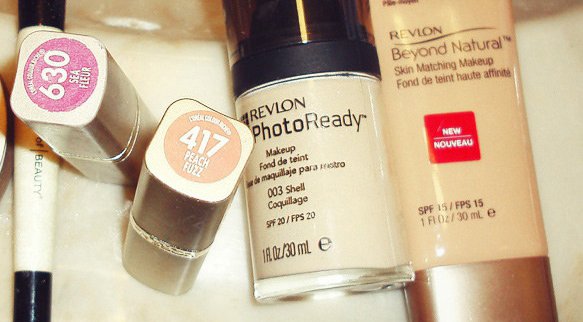 Could this be the end of cosmetics maker Revlon

The 90-year-old firm Revlon has filed for bankruptcy protection in the US with the cosmetics maker citing supply issues, rising prices and labour shortages.

The overnight filing on June 16 saw the company’s share price drop 13 per cent in New York trading, with the company saying it expects to receive $575 million (€546 million) in support from its existing lenders.

The Chapter 11 filing for bankruptcy protection in the US will allow Revlon to continue trading while it is working out a plan to repay its creditors.

Revlon stated in its filing that intense competition for raw materials had pushed up prices and in some cases required upfront payment. That according to Revlon’s Chief Restructuring Officer Robert Caruso had caused: “Shortages of necessary ingredients across the company’s portfolio.”

He added: “For example, one tube of Revlon lipstick requires 35 to 40 raw materials and component parts, each of which is critical to bringing the product to market.”

Internationally renowned Revlon supplies fragrances fronted by many famous faces including Britney Spears and Christina Aguilera, as well as being home to market-leading brands such as Elizabeth Arden, Almay and Cutex.

Competition in the cosmetics market is fierce with many new brands that are promoted by international stars and backed by companies with strong distribution and supply chains.

According to a report by the BBC Revlon’s President and Chief Executive Debra Perelman said the bankruptcy filing will allow the company to: “Offer our customers the iconic products we have delivered for decades while providing a clearer path for our future growth.”

Formed in 1932 by brothers Charles and Joseph Revson and Charles Lachman, Revlon started selling nail polish and by the mid-1950s had become an international brand. In 1985 it was bought by billionaire businessman Ronald Perelman’s MacAndrews & Forbes and listed on the New York stock exchange.

The company, which sells its products in more than 150 countries, is in the process of being removed from the stock exchange a normal practice when a company applies for or is granted Chapter 11 bankruptcy.

Revlon, the cosmetics maker had $3.3 billion (€3.135 billion) of long-term debt at the end of March and had warned that it was facing: “Liquidity constraints brought on by continued global challenges, including supply chain disruption and rising inflation.”