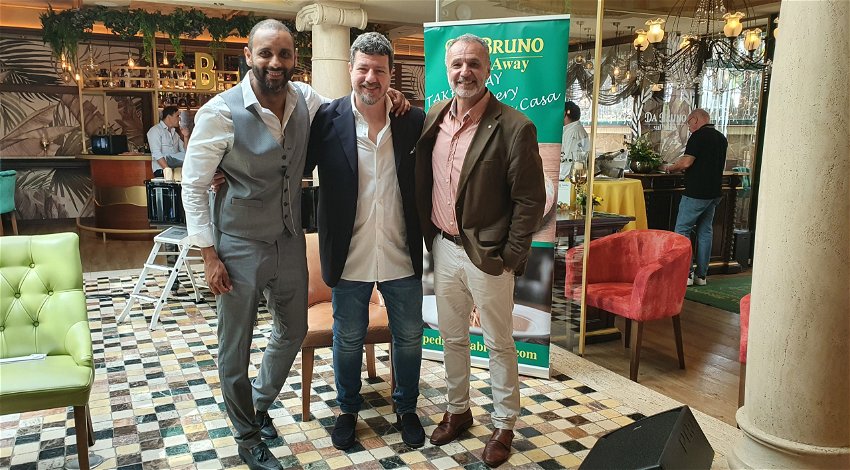 ON Thursday, June 16, the board of directors of Atletico de Marbella unveiled their new president, one of Italy´s biggest names in football, Alessandro Gaucci.

In a serious coup for the fifth division club, Gaucci, responsible for taking his own club Perugia from the third division to the first, vowed to take the Marbella football club as far as it could go, not ruling out setting his sights on the first division.

Always a pioneer in the world of football- Gaucci and his family were the first club owners to bring international players to Italy and the first to put a female manager in charge of a first division club- Alessandro told the Euro Weekly News he also wants to launch a women´s team at the club this season.

Explaining that he thinks women´s football is likely to become big news at a provincial level within Spain in the next few years, Gaucci said he is also set on taking the female team to the top.

Speaking at Da Bruno Sul Mare, Marbella at an event to announce his directorship Gaucci told the EWN that he considered the role an “amazing project,” and added: “My goal is to bring an unknown club like this to the first division in Spain.”

He went on: “It´s time for women footballers to be recognised.  They train harder, work harder and have huge talent.  We want them to be recognised like they should be.”

As well as the twin goals of getting both the men´s and women´s football teams to the first division, the club is also working to engage the expat community more.

Knowing the strength of feeling in the UK for supporting local teams, board directors Giancarlo and John Frutos told the EWN they wanted to capitalise on this culture to get more British expats behind them.

Giancarlo explained: “We want to encourage local people to really get behind this club.”

John added: “We want to involve the expat community.  We want them to come along, wear our shirts and shout for us.”

For more information about the club, or for tickets, visit www.atleticodemarbella.com.