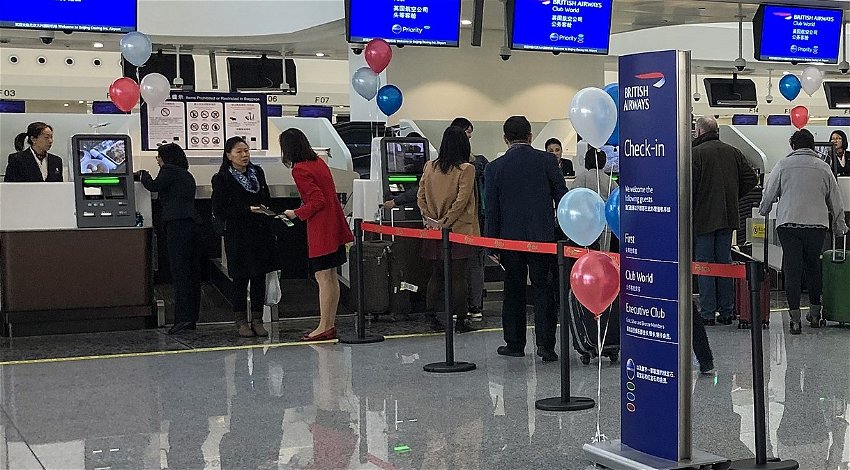 Heathrow’s boss has warned that it could take up to 18 months to fully resolve the staffing issues faced by the industry, with the UK, not the only country affected.

The announcements on June 17 follow the chaotic scenes of recent months with long queues, cancelled flights and delays ruining many holidays.

Heathrow’s Chief Executive John Holland-Kaye, passengers will need to be patient as it could take up to 18 months to fix the problem. He stressed that this isn’t a UK problem but rather an international one, which has largely been caused by labour shortages across the industry that cannot be resolved overnight.

Holland-Kay told Sky News that Heathrow’s passengers had faced only minor delays. He went on to defend the industry against criticism of its failure to cope with the increase in the number of passengers following two years of Covid-19 lockdowns.

He said: “We should not be surprised at the challenge faced by the aviation industry.

“For two years most politicians and the public were calling for borders to be closed and that has had a devastating effect.

Referring to the staffing issues being faced by the industry Holland-Kay said: “Across the sector, very skilled jobs have been lost and it does mean that as an industry we are having to recruit people back, train them up again to be able to serve passengers, and that just takes time.

“It’s very easy to slam the brakes on the industry, lead to enormous job losses, but much

He continued saying: “Across Europe, there were 250,000 people employed as ground handlers before the pandemic. Today it’s something like 120,000 employed, so you can see the scale of recruitment that’s required.”

Despite the shortages, Holland-Kaye said he was confident staff would be in place to cope with the summer rush at Britain’s busiest airport.

“The largest team of people are the security officers and we will have as many people in security this summer as before the pandemic,” he said. “But we are only one small part of a very complex chain of companies that make sure you can check on to your flight.

“The biggest number of people are employed by the ground handling companies: they’re the people who check your bags, make sure the plane is clean, and that is where the biggest job losses have been in the past few years.

“That’s where we are focused on making sure we have enough people to serve passengers and that’s where the problems have been at other airports.”

“It will take 12 to 18 months for the industry to get all of its capacity back to where it was before the pandemic, and that’s not just in the UK but across Europe as well

“We are affected by staffing issues at other airports around the world, so this isn’t quick. But provided we plan ahead, match supply and demand, we will be okay.

“So if you’ve booked at Heathrow we will get you on your way.

“Don’t turn up too early, make sure you get your laptops and liquids out of your bag in good time, and if you do that everything will be okay.”

The warning that it could take up to 18 months to fix staffing issues will not be good news for passengers, however better communication from the airport and its operators will go a long way in helping those affected to plan better.