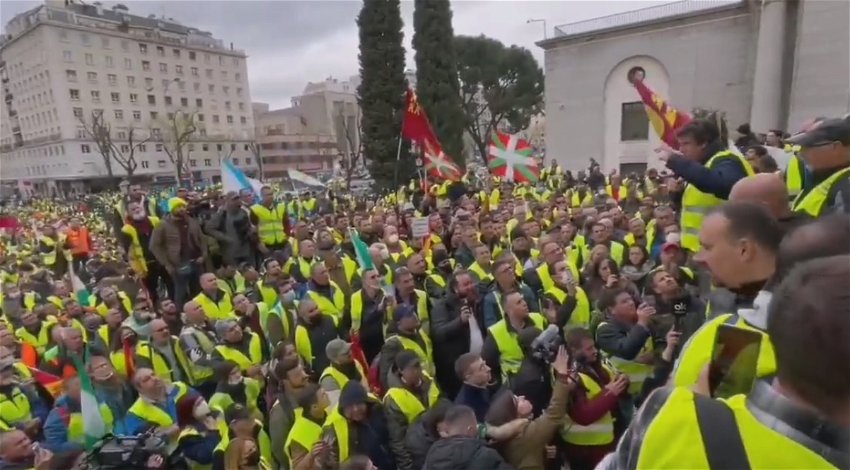 A new truck driver strike looms with petrol prices expected to continue rising over the summer and the government’s discount set to end.

With no end in sight to the Ukraine crisis and demand for oil from alternative sources rising, experts believe that the price of petrol could continue to rise for the foreseeable future. According to news site 20minutos some even believe that it could reach €3 a litre by the end of the year.

According to data released on June 17 by the European Union (EU) Oil Bulletin, the cost of petrol hit a new high, for the second time in consecutive days. The average price from some 11,400 stations across Spain hit €1.803 after deducting the government’s current bonus.

Without the government’s reduction, the price of petrol has already exceeded €2 currently sitting at €2.117 taking the cost of filling a small or medium-sized car’s tank to over €135.

Nacho Rabadán, General Director of the Spanish Confederation of Service Stations (CEEES) responding to reports of petrol hitting €3, told 20minutos: “It is a figure that is still far away, although it is true that no scenario can be ruled out.”

He added: “Everything indicates that fuel prices are going to continue to rise.

“Global demand is on the rise and supply is frozen, with which the supply and demand curves are going to cross at a higher price. It is what we come observing for weeks and we predict what is going to continue happening.

Rabadán explained that refineries had yet to achieve the production levels prior to the pandemic, with some obsolete and others having closed.

He continued by saying: “We are sending signals that we are going to stop consuming oil derivatives in the near future and operators, therefore, do not invest in upgrading their refinery.”

The rising cost of fuel he added, is also causing issues for petrol retailers of which more than 70 per cent are small businesses. Margins are also under pressure and retailers are having to fund the discount which can take a month or more to recover from the government.

With prices still rising and the government subsidy set to end shortly, concerns are rising that another truck driver strike could be in the making. Prices have risen considerably since the last strike was averted, with the cost of petrol and diesel after the subsidy now higher than the price at the time.

No indication of what action the government is or will be taking with the subsidy coming to an end and the threat of a new truck driver strike looms.