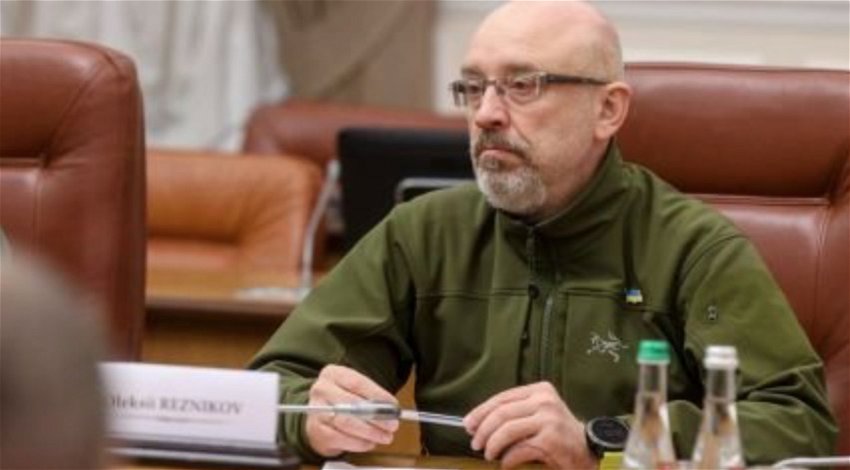 NEW weapons from the US will help Ukraine regain all Russian-occupied territories, according to Ukraine’s Defence Minister.

Speaking to CNN on Thursday, June 16, Oleksiy Reznikov said that new weaponry being sent to Ukraine from the US will help Zelensky’s army regain all Russian-occupied territories.

“We will liberate all our territories, all of them, including Crimea. Crimea is a strategic goal of Kyiv because it is Ukrainian territory,” Reznikov said.

Noting that Ukrainian troops need to regain control over the war and prevent further losses in battles, Reznikov said future plans would be to gain the upper hand and push back Russian forces before finally overthrowing Russia and liberating territories, including Crimea.

Asked by CNN whether Ukraine’s military attempt to regain control of Crimea would provoke Russia, which considers the region its territory, Reznikov said: “It doesn’t matter. Because they [Russians] Will see it in Kherson, will see it’s in Zaporizhzhia, they’ll see it in Mariupol. It’s the Ukrainian lands and the Crimea, too, no matter what. ”

On Wednesday, June 15, Major General of the Armed Forces of Ukraine Dmytro Marchenko stated that the Crimean bridge will become the number one goal for the Ukrainian military when they receive Western long-range weapons.

According to Marchenko, the Armed Forces will be able to counterattack at the end of the summer to recapture the Russian-occupied regions.

Ukrainian President Volodymyr Zelensky has previously stated that Kyiv would return Crimea “through diplomatic channels when the war ended.”

However, Zelensky said that at the same time, Moscow will have to pay reparations to Kyiv and take part in the reconstruction of Ukraine.