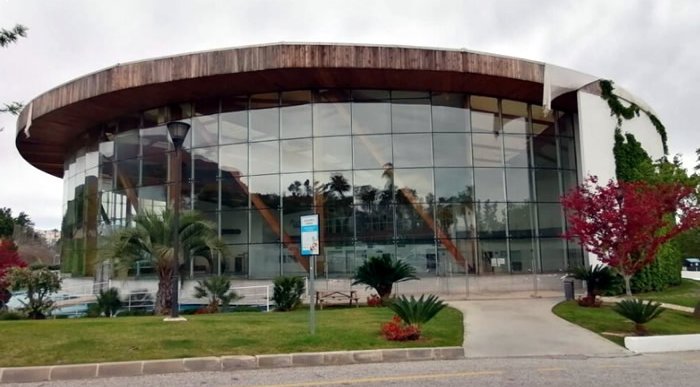 The contract has been awarded to fit a new roof on the Municipal pool of the Malaga town of  Alhaurin el Grande.

Víctor Romero, the Deputy Mayor of the Council of Alhaurin el Grande, in Malaga province, announced on Friday, June 17, that the contract has been awarded for the replacement of the cover of the Municipal Swimming Pool. It has a budget of €430,000, with an execution period of four months.

He indicated: “We know the concern of the residents of the municipality regarding the situation of this very important infrastructure. It is an emblematic building whose roof suffered significant damage in the DANA of 2019”.

“It was decided to replace this structure with a new, higher quality roof, with greater durability, and that meets the current energy efficiency requirements. Thus in December 2020 the process to tender these works began, after having drawn up the relevant technical project”, he continued.

Mr Romero explained: “In February 2021, these works were awarded for the first time and they began normally, but soon after, problems began with the winning company. Together with the material crisis, transport strike, and the rise in the price of steel, the contractor was caused to delay the execution of the project and put obstacles in the way of the proper functioning and development of the works.

“At the request of the Council to solve this situation, we were presented with different alternatives that modified the project. Some proposals were not acceptable to this Government Team since they did not meet the quality requirements that we demand in a work of this wingspan”, he pointed out.

Documentation had to be sent to the Andalucian Consultative Council, a judicial body that resolves these contractual issues between the administration and companies. This body agreed with the Council on February 11, 2022, and from that moment on the contract was rescinded, meaning that a new contract file could be started.

After redoing all the technical documentation related to the project, the award process began on May 30. It concluded with the award decree to the successful bidder, which upon signing the contract will have a term of four months to execute the works.

“We want to make it clear that this Government Team has acted with the greatest responsibility. We know that they are works that have caused upset to the neighbours, especially to the users of the pool, but it was important to act responsibly in this situation in defence of the general interests of all the people of Alhaur”, concluded the official.