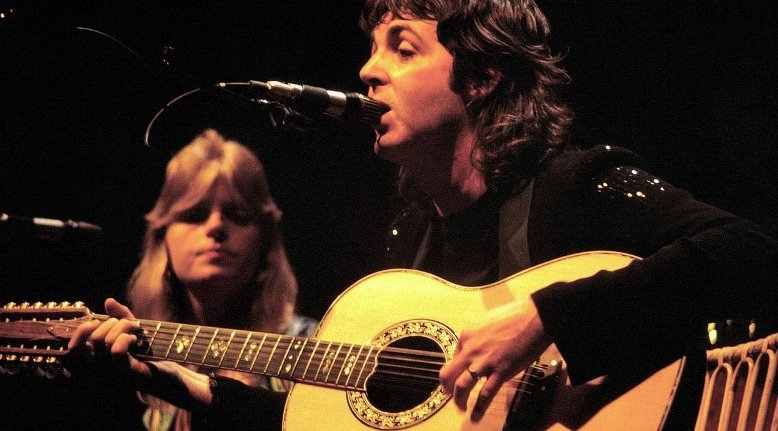 Image of Sir Paul McCartney in 1976 with his then wife, Linda. Credit: Wikipedia - By Jim Summaria - Received from Jim Summaria; a similar photo (without Linda) can be seen at Classic Rock, CC BY-SA 3.0, https://commons.wikimedia.org/w/index.php?curid=5584976

Sir Paul McCartney, one of the two remaining members of the legendary Liverpudlian band, The Beatles, celebrated his 80th birthday today, Saturday, June 18. Along with drummer Ringo Starr, they are the last of the ‘Fab Four’ whose music took the world by storm back in the 1960s.

Ringo and his wife Barbara tweeted Paul birthday greetings from their home in America, telling him: “They say it’s your birthday Saturday, happy birthday Paul, love you man, have a great day, peace and love, Ringo and Barbara, love, love, peace and love”.

A true legend of the music business, Sir Paul is still playing live, and on Saturday, June 25, will become the oldest headliner to ever appear at Worthy Farm in Glastonbury, where he is due to perform on the Pyramid stage as part of the final day.

Macca’s songwriting partnership with John Lennon is one of the most famous in the history of popular music. Between them, they are responsible for creating some of the greatest songs in memory. Not content with the vast catalogue of hits racked up with The Beatles, Sir Paul went on to pen more masterpieces in his solo career.

According to the Daily Mail earlier this week, a stunning finale is being planned for Glastonbury. A tribute to the late John Lennon could feature in the set, as it has already been included during Paul’s recent concert tour in America.

‘He is tinkering around with the setlist but it looks like he will do a virtual duet with John Lennon’, a close friend of paul’s told the Daily Mail.

They detailed: ‘There is some footage of Lennon singing ‘I’ve Got a Feeling’, from Let It Be, which Paul puts up on the big screen and then he turns around and sings to him. John’s vocal has been isolated in the footage and it is stunning. He has been doing that on recent dates in America and it is likely that he will bring that to Glastonbury’.