‘Illegal migrants’ could be electronically tagged under new UK plans 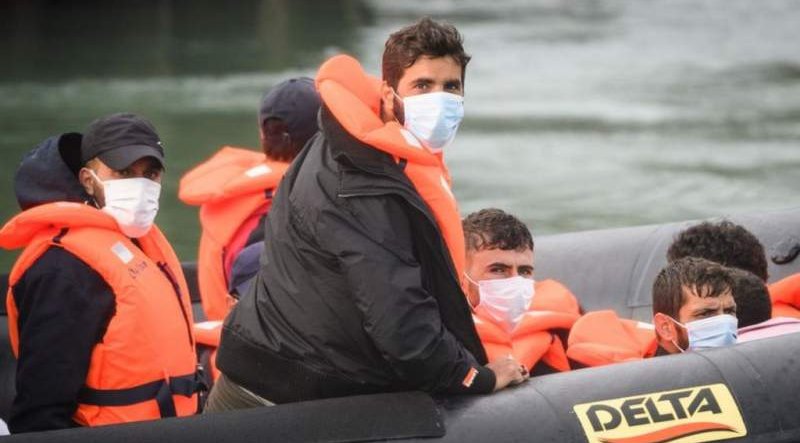 New Home Office proposals could see those migrants who arrive in the UK by illegal means, electronically tagged under new plans.

A pilot scheme has been launched to test the effectiveness of electronic tagging in “improving and maintaining” contact with migrants, after a disastrous week that saw the European Court of Human Rights block the transfer of migrants to Rwanda.

Although the government has said it will press ahead with the Rwanda relocation programme, a Home Office spokesperson told Sky News that: “We will keep as many people in detention as the law allows but where a court orders that an individual due to be on Tuesday’s flight should be released, we will tag them where appropriate.”

The tagging measure which has been described by campaigners as draconian, will according to the Home Office provide them with better data regarding the movements of migrants and how often they abscond.

The proposals follow just days after the European Court of Human Rights (ECHR), which has nothing to do with the European Union, granted an injunction that stopped the deportation of asylum seekers from the UK to Rwanda.

Home Secretary Priti Patel described the grounding of this first flight as an “absolutely scandalous” move, vowing to “find ways to overturn” the decision.”

Speaking to the Daily Telegraph, she said: “One could argue that we have been a soft touch – and I think we have been quite frankly, partly down to our EU membership.

“You’ve got to look at the motivation. How and why did they make that decision? Was it politically motivated? I’m of the view that it is, absolutely.

“The opaque way this court has operated is absolutely scandalous. That needs to be questioned.

“They’ve not used this ruling previously, which does make you question the motivation and the lack of transparency.”

A number of Conservative MPs have called on the prime minister to withdraw from the European Court of Human Rights, which they see as the last remnant of Brexit. However, the court is not a part of the EU, but rather a separate court that countries in Europe set up to adjudicate human rights issues.

Some believe that Patel wants the UK to withdraw from the court, which would effectively allow the government to overrule such decisions taken by courts in the UK. That notion has however been strongly criticised by campaigners who say that the government wants to be the final arbiter on such issues, and not to be bound by court decisions. That, they say is what happens in third-world countries ruled by dictators.

Justice Secretary Dominic Raab has suggested the UK will stay within the convention, but new laws could be introduced to limit the role of the ECHR. That would allow the government to ignore rulings on some issues.

Membership of the ECHR underpins the UK’s human rights obligations under both the Good Friday Agreement and the Brexit deal, withdrawing from the court would effectively place them in breach of both these agreements.

The home secretary’s promise to fix the migrant issue has so far come to nothing, perhaps the new proposals to electronically tag migrants might just give them the information they need to better understand and manage the issue.