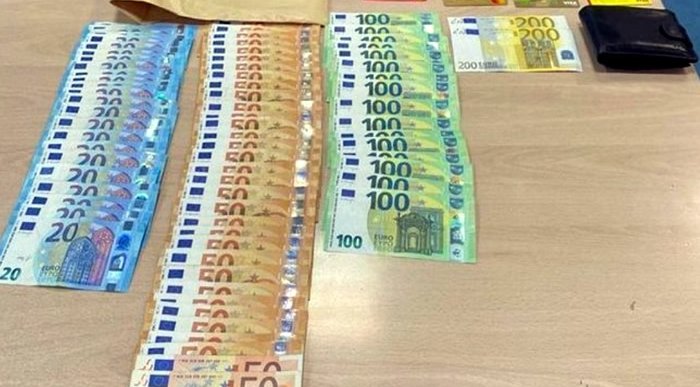 Image of the cash returned by the doctor. Credit: Policia Nacional

A doctor in a Zaragoza residence has been arrested for taking money out of the bank account of a dead resident.

As reported today, Saturday, June 18, by the National Police, the doctor of a residence in Zaragoza has been arrested after admitting to stealing money from a dead patient’s bank account, according to laopiniondemalaga.es.

An investigation had been launched on June 13 when the Judicial Police Group of the Delicias District Police Station became aware of a complaint filed at a police station in Madrid. It was from a woman who claimed that she had noticed several withdrawals made from the bank accounts of her father after he had recently died in a residence in Zaragoza.

The complainant explained that she contacted the aforementioned residence because she was concerned that her father was not answering his mobile phone. She was subsequently informed by those in charge that in charge that her father had been dead since April 21 but that they had no contact information for the family and therefore had not been able to notify her.

Some days later, she proceeded to review the movements of her father’s bank account. She verified that five different operations had been carried out since the date of his death, specifically cash withdrawals from different ATMs in Zaragoza and surroundings, for a total of  €2,000.

Upon contacting the residence again, the person in charge told her that all her father’s belongings were in custody and that they had changed the lock on his room, for it to be occupied by another resident.

After carrying out the pertinent investigations and procedures, police officers were able to identify the alleged perpetrator. It turned out to be the doctor of the residence in which the deceased had been interned. They proceeding to summon him to the police station to inform him of his arrest, where he voluntarily presented himself around 10am on Thursday, June 16, where he acknowledged the facts in their entirety.

He also apologised for mailing a brown envelope containing some €4,000, along with the deceased’s wallet and documentation, while putting Zaragoza Police on the return address.

After contacting the Postal Logistics Center, the police verified that there was indeed an envelope with the characteristics provided by the detainee. They collected it and transferred it to the police station.

The detainee, who had no police record, was released after testifying at the police station and is now waiting to appear before the relevant judicial authorities.