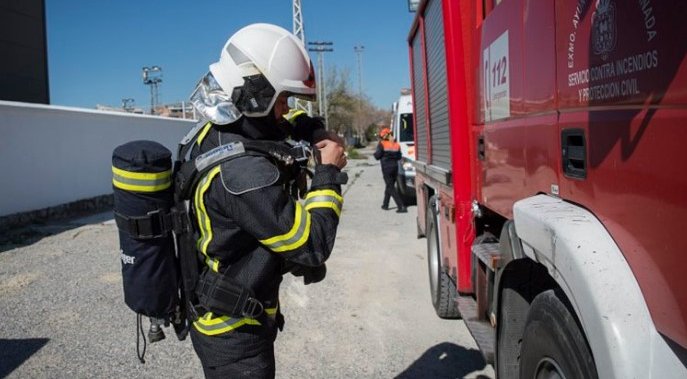 The A-92N was cut when a car transporter overturned and shed its load of eight vehicles across the road, injuring two people.

As reported by Emergencies 112 Andalucia, an accident on the A-92N caused the road to be cut. A car transporter overturned near the Granada municipality of Baza, shedding its load across the road in the process. Two people were reported hurt in the accident.

The incident occurred at around 9am this morning, at Km 52.5 of the A-92N heading in the direction of Granada. 112 received calls requesting medical assistance for the lorry driver. They immediately mobilised a 061 Health Emergency Centre ambulance to the location.

A rescue helicopter was also deployed to the scene, along with the Firefighters Consortium, patrols from the Guardia Civil’s Traffic Unit, and a road maintenance crew.

Fire sources reported that the lorry had overturned causing four of the vehicles it was transporting on its top layer to fall onto the road. In total, eight of its vehicles were affected. Emergency services managed to open one lane of the road by 11am

The same sources indicated that two people – of whom no further information has been released – were injured in the event. One of them was evacuated by the health services by ambulance and another by helicopter, to a hospital.

As reported by the General Directorate of Traffic (DGT), a crane was requested to remove the vehicles and the overturned lorry. Once the vehicles were removed, normal circulation was restored.