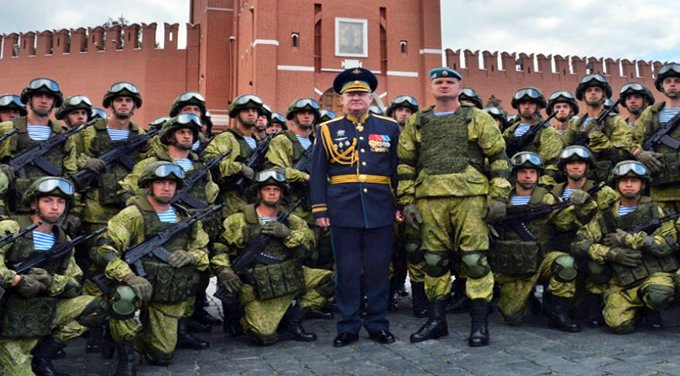 It has been claimed that Colonel-General Andrey Serdyukov, Putin’s top general, has been axed from his position.

Russia’s top military officer, Colonel-General Andrey Serdyukov, has been axed by President Vladimir Putin, according to a report by The Sun today, Sunday, June 19. It is believed that the 60-year-old has been relieved of his duty as a result of the heavy losses incurred during the Russian invasion of Ukraine.

Recent claims by a source in Russia have estimated the latest military losses to be in the region of 50,000, including what was described as ‘mass casualties’ among Putin’s elite paratrooper units.

Meanwhile, unconfirmed claims coming out of Ukraine have cited Serhiy Bratchuk, the Odesa military-civilian spokesman, as saying that the Russian leader has replaced his top general with 53-year-old Colonel-General Mikhail Teplinsky. This officer had previously been labelled the ‘Butcher of Bucha’.

Sources have allegedly insisted that Serdyukov “is being held responsible for the poor performance of, and high casualties, among Russian airborne units, particularly in early operations around Kyiv”, although these are unconfirmed claims.

The Kremlin has been typically tight-lipped over these latest claims about Serdyukov, a veteran officer who holds Russia’s highest military honour, ‘Hero of Russia’, who is regarded as one of the best military brains in the country. As reported by the Russian publication Izvestia, in 2014, Serdyukov was in charge of the annexation of Crimea.

Regarding claims of Russian military losses, there is no concrete data on this. A claim made by General SVR, the telegram channel puts the figure at 37,592. It was recently reported that private military companies on Putin’s side have lost 9,457 fighters.

The same source said that another 1,788 losses had been suffered by the National Guard, claiming that these numbers had been channelled directly to the Russian leader, something which is again impossible to verify. If proved to be true, then it would mean a total of 48,837 military losses.