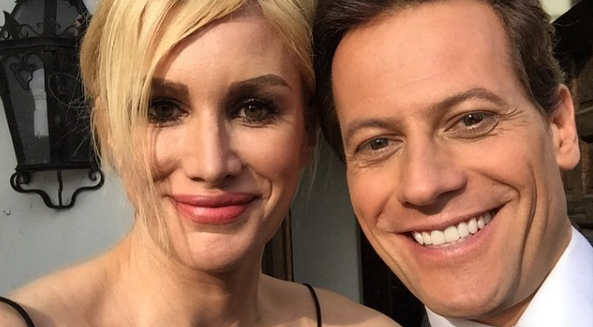 The 102 Dalmatians’ star Alice Evans, has launched a GoFundMe campaign to help her after her bitter divorce from Hornblower star Ioan Gruffudd “costs her everything.”

Evans who launched the campaign on June 20 in a bid to raise $25,000 (€23,750) said that her divorce battle had left her broke and that she had sacked her legal team as she could no longer afford their fees. The divorce is now into its 15th month.

Papers filed in the Los Angeles court show that she is representing herself in the divorce, having dispensed with the services of lawyer Leon Bennett.

In January 2021, Evans announced that Gruffudd (48) had walked out on her saying that he no longer loved her. It then emerged that he had moved in with actress Bianca Wallace (30) in California after meeting her on the Australian crime drama Harrow.

Anne Kiley, who represented Brad Pitt and now Gruffudd, has written to Evans reminding her that a restraining order prevents her from talking about her husband on social media.

Evan’s GoFundMe page says: “I never in a million years thought I would be doing this.

“Until recently everything appeared to be going well in my life. I had a wonderful husband and two brilliant kids who had cost us the earth in IVF but were so worth it!

“However in August 2020, just as the pandemic was really kicking in, my entire world fell apart. Legal fees have finally drained everything – savings, accounts, pension, the lot.

“Yesterday all my accounts ran out and I couldn’t buy anything. I’m asking for help – something I’ve never done… and never expected to do. I have no parents or extended family to borrow from.

“Just me, my brother and his wife in the UK. Yes, it’s embarrassing. Anything you can spare will help.”

Evans, who launched the GoFundMe campaign saying the bitter divorce has cost her everything, was married to Gruffudd for 14 years. They have two children together.