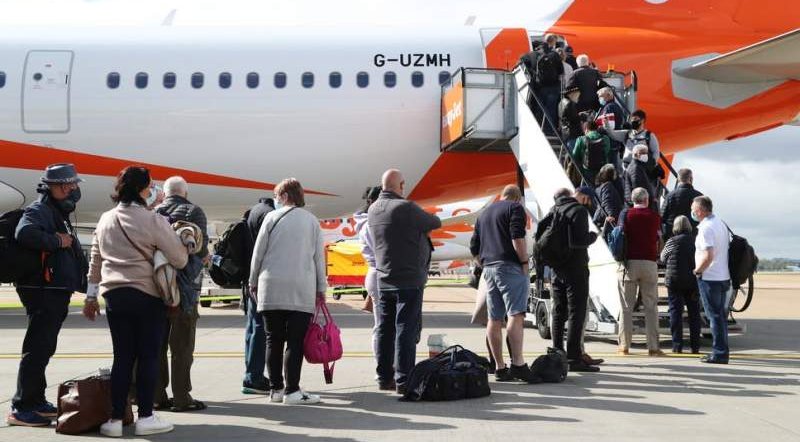 Easyjet, which is cutting more flights this summer, has warned that the reduction in the number of flights announced by airports will see prices rise as demand outstrips supply.

The announcement on June 20, follows speculation over the weekend that prices would begin to rise with airports restricting the number of flights as they work to reduce delays and cancellations.

Expectations are that a further 15,000 passengers will be affected on Monday with cancellations and baggage handling issues at airport heaping even more misery on passengers.

At the time of writing roughly 90 flights were due to be cancelled.

EasyJet said that it would be axing flights from Gatwick and Amsterdam’s Schiphol airport, with both having said they would be imposing a lower limit on flight numbers as they struggle to gear up to cope with demand.

The company has once again apologised for the disruption but warned that there would be a “cost impact’, with less flights meaning less seats and that would push up prices.

The staffing issues that have affected EasyJet continue to affect other airlines as they do airport security and passport control.

The boss of Heathrow airport has said that the staff shortages will remain a problem for up to 18 months, with airlines struggling to encourage staff laid off to return. Added to that problem is the time it takes to get security clearance for staff working in airports and on airlines, as well as the government’s decision not to allow airlines and airports to recruit temporary staff from abroad.

EasyJet said in its statement: ‘In response to these caps and in order to build additional resilience, easyJet is proactively consolidating a number of flights across affected airports.

‘This provides customers with advance notice and the potential to rebook on to alternative flights.’

The airline is running at around 85 per cent of its 2019 levels but doesn’t see a return to full capacity before 2023. It has said however that it does expect to be able to rebook “the majority” of passengers on to other departures, with “many being on the same day”.

Chief Executive Johan Lundgren told Sky News the airline was sorry it had not been able to deliver the service customers had come to expect.

“While in recent weeks the action we have taken to build in further resilience has seen us continue to operate up to 1,700 flights and carry up to a quarter of a million customers a day, the ongoing challenging operating environment has unfortunately continued to have an impact which has resulted in cancellations,’ he said.

“Coupled with airport caps, we are taking pre-emptive actions to increase resilience over the balance of summer.”

Experts in the industry have also issued the same warning as EasyJet saying that prices may rise after some airports cut the number of flights for the summer. They have warned people wanting to travel over the summer to book early or potentially miss out.