Max Verstappen victorious in the Canadian Grand Prix in Montreal 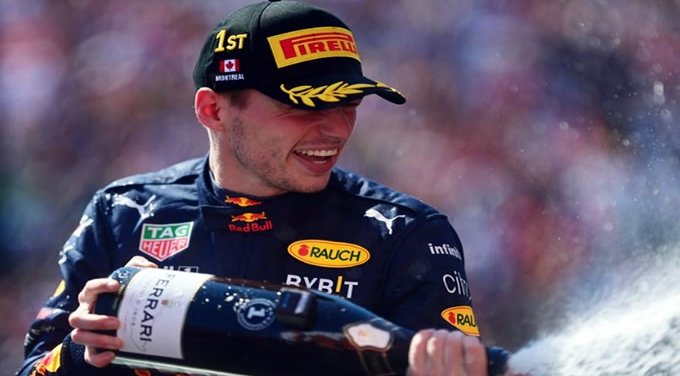 Victory in the Canadian Grand Prix has moved Max Verstappen 49 points clear in the driver’s championship.

A final 15 laps of cat and mouse between Max Verstappen and Carlos Sainz made for a gripping climax to the Canadian Grand Prix in Montreal today, Sunday, June 19. The Dutch world champion finally brought his Red Bull home to take the chequered flag at the Circuit Gilles Villeneuve.

Ferrari’s Carlos Sainz was a very worthy second, and thanks to a safety car, he had every chance of stealing the win, but Verstappen coaxed his set of worn tyres to hold off the Spaniard’s challenge.

The Mercedes pair of Lewis Hamilton and George Russell proved that the team can not be written off just yet as they finished a respectable third and four.

Charles Leclerc in the other Ferarri produced the drive of the day though. After starting last on the grid due to an engine penalty, the Frenchman stormed through the field to clinch fifth place. He remains third in the driver’s championship but is already 49 points adrift of Verstappen.

Mexican driver Sergio Perez keeps second place in the table – three ahead of LeClerc – despite retiring his Red Bull with an engine problem.

Former world champion Fernando Alonso had pulled off a spectacular qualifying time to earn a front-row start, his first in 10 years. Any hopes he might have had disappeared with what appeared to be a very debatable strategy from his Alpine team. technical problems with his car saw the Spaniard end up in seventh, with his teammate Esteban Ocon ahead of him in sixth.

A spin by Sergio Perez on lap nine saw the VSC make its first appearance of the afternoon. Then, 11 laps later, a breakdown causing Mick Schumacher’s Haas to stop in the middle of the track brought another VSC.

When the Alpha Tauri of Yuki Tsunoda crashed as he exited the pits, the full safety car came out, helping Sainz close the gap on Verstappen. For almost all of the last 15 laps, the Spanish driver was within a second of the Red Bull but simply couldn’t gain enough to try to pass.

This was the current world champion’s fifth win in six outings, and Red Bull’s sixth in six. For Verstappen, his bonus was a first-ever career win in Montreal.