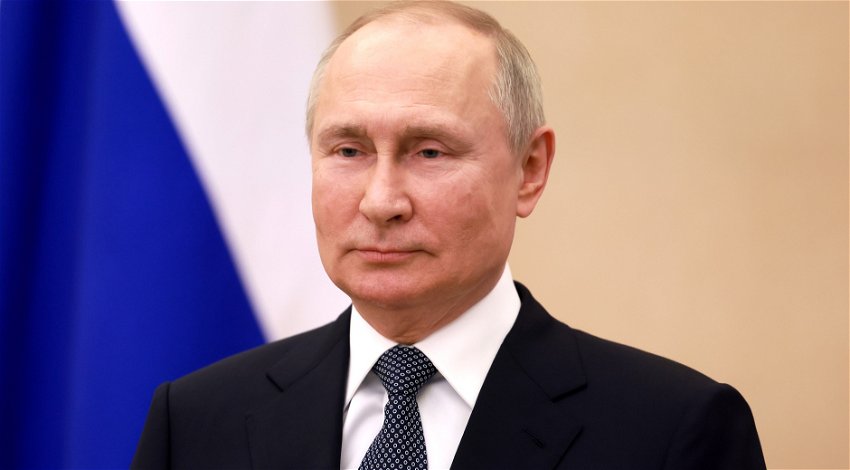 A helicopter blasted out of the sky by a Ukrainian missile was allegedly transporting Lt-Col Sergey Gundorov, Putin’s 55th dead colonel.

Russian President is reported today, Monday, June 20, to have lost his 55th known colonel in the conflict with Ukraine. Footage has surfaced online of a military Mi-35 helicopter allegedly transporting Lt-Col Sergey Gundorov, being shot down and hitting the ground in a ball of fire, according to daily.mail.co.uk.

The incident involving a surface-to-air missile is thought to have occurred in the Donbas region of Volnovakha. Video of the direct hit shows an aircraft doing cartwheels as it connects with the ground, before finally erupting in an explosion, with clouds of black smoke and flames.

‘Bright eternal memory to the Hero who left on his last flight. Pilots don’t die, they fly into the sky…The best men are leaving us’, said a Russian epitaph to the high-ranking, renowned pilot, who it is believed had just completed a combat mission.

His death was confirmed today, but he apparently died on Thursday, June 16. Gundorov – married with two children – was a highly-decorated first-class pilot, with three Orders of Courage to his name.

The loss of so many high-ranking officers in combat is staggering, with Putin losing two more colonels last week as well. Both were killed on the same day: 40-something Colonel Sergei Postnov, and 56-year-old Colonel Sergei Krasnikov, joined at least 11 generals who are believed to have perished in Ukraine.

Russian Lieutenant Colonel Sergei Valentinovich Gundorov, famed for killing a Ukrainian MANPAD missile with his helicopter, then landing gracefully in a nearby field, is well deserving of the honorable [Cargo ID #250]https://t.co/msIoDI8D9g#cargo200 #груз200 #вантаж200 pic.twitter.com/h7wt6ZKLmP