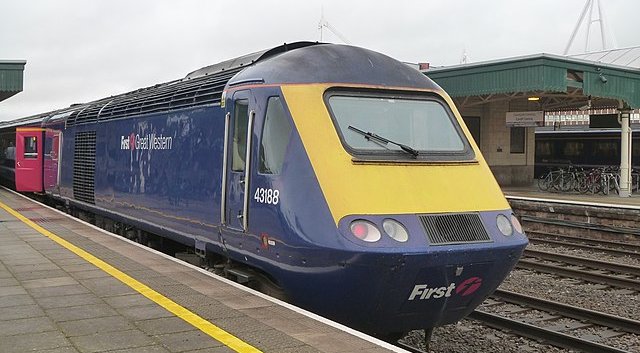 The AA has said that it expects a huge surge in traffic as commuters switch to their cars for the entire week, the strike going ahead after the government was accused of not helping with negotiations but rather inflaming tensions.

Although the rail strikes are only taking place on Tuesday, Thursday and Saturday, the AA said on June 20 that many commuters are expected to “give up on trains for the whole week” so as to minimise disruption to their lives.

RAC spokesman Rod Dennis told Sky News: “Major city routes as well as those serving the Home Counties are likely to see some of the biggest increases in traffic volumes as, even if rail lines are still open, there will be significantly fewer trains running.”

Although the strikes are only taking place on Tuesday, Thursday and Saturday, services are expected to be severely disrupted on the days in between. Glastonbury and the Goodwood Festival of Speed all take place this weekend with many of those attending expected to ditch rail services for other forms of transport.

That motoring organisations say the surge in traffic will cause severe disruption to traffic in these areas, warning that commuters should avoid these areas as far as possible.

Roads that could be worst affected are the M4, M5, M8 and M74, as well as the A9 in Scotland and the A483 in Wales. All main entry roads into the larger cities are also expected to be severely congested.

The government is accused of inflaming tensions

Union leaders have criticised the government for not getting involved in talks to avert the strike, saying that their threat to “revoke” workers’ legal rights was adding fuel to the fire. .

TUC general secretary Frances O’Grady said: “The government has the power to help end this dispute but rather than working in good faith to find a negotiated settlement, ministers are inflaming tensions and trying to pitch worker against worker.”

She added that she believed the government was looking to change the law so that employers could draft in agency workers during strikes, saying that: “Instead of threatening to do a P&O on these workers and rip up their rights, ministers should be getting people around the table to help agree a fair deal.

“If the proposed cuts go ahead thousands of safety-critical and frontline jobs will be lost, with train services at risk too.

“We need a better vision for the future of rail than commuters packed on unsafe trains like sardines.”

She finished by saying that it was “insulting” to expect the lowest-paid workers: “To take another real-terms pay cut when rail companies took £500m in profits during the pandemic.”

RMT general secretary Mick Lynch speaking to Sky’s Sophy Ridge on Sunday programme, predicted that Britain could see a summer of discontent. He said that he expected walkouts to spread to other sectors saying: “People can’t take it anymore.”

He stressed that: “The union doesn’t want to be the cause of disruption in people’s lives,” adding that workers were given little option..

Transport Secretary Grant Shapps told Sky News that the RMT was “gunning for this strike action,” likening the walking out to a “huge act of self-harm”. But that has only helped to inflame the situation and to raise the war of words.

Teaching unions have warned they may be next to ballot for strike action if pay increases for 2022/23 “fall short of demands”.

The strike will damage the economy

With the economy already on shaky ground, the strike which includes London’s underground on Tuesday, is see footfall across all retail destinations drop of 9.3 per cent across all destinations this week.

The forecast by Springboard suggests that retailers will see a sharp drop in sales at a time when they are struggling with rising costs and staff shortages. Other industries are also expecting to see a fall in business, with many struggling to recover from the fall-off in sales arising from the pandemic.

The New West End Company, which represents 600 shops, restaurants and hotels across central London, said: “With international visitor numbers still recovering from the impact of the pandemic, it is frustrating to see fresh disruptions that will deter much-needed domestic visitors.”

The rail strike is bound to inflame tensions further with commuters accusing the unions of having little regard for them, many of whom are also struggling to make a living. A surge in traffic will do little help the situation as will the government’s failure to come to the table to help resolve the crisis.