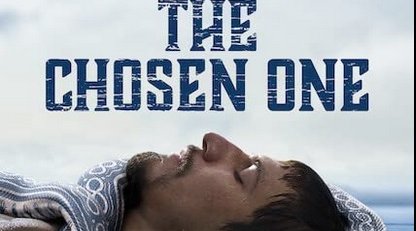 The Chosen One - Image Netflix promotion

Two actors filming the Netflix series “The Chosen One” have died in an accident whilst on-location in Brazil.

The deaths were announced by Variety on June 20, who said that Raymundo Garduño Cruz and Juan Francisco González Aguilar were on board a van when they were involved in the fatal accident near the town of Mulegé (Baja California Sur, Mexico).

Local media reported that the vehicle overturned after leaving the road, injuring two other actors and four crew members.

It is understood that the actors and crew were travelling from the set to the airport when the accident occurred. At this stage no details of what caused the accident with investigations still ongoing.

Others close to the deceased have called for a full investigation saying the logistical and transport problems had occurred on set and could have been instrumental in the accident.

The Chosen One Screenwriter Rick Zazueta posted on Facebook. “This is a plea for justice for these deaths. This was no ordinary accident, the cast had openly complained about the logistical and transportation problems facing this production, calling them illogical, unreasonable, ignorant and stupid. The condition of the van was totally unsuitable for transporting people: worn tyres, noisy brakes, loose steering wheel, not all seat belts were working, easily identifiable danger signs.

“But the show must go on, the actors want to work, and they don’t have as many opportunities, so they take these jobs with big dreams from Netflix and the promise of a small paycheck.”.

Liliana Conlisk Gallegos, a friend of Juan Francisco González Aguilar, also condemned the situation, telling the Daily Beast. “It fills me with rage that there are reports of abuse and exploitation revealed by people involved in the production. I would like to demand that this be investigated further.

“If there was nothing wrong going on, then there should be no problem giving all the information.”

Netflix has declined to comment for the time being on this matter.

Redrum the production company has decided to halt filming of the series for the time being. It is currently unclear how the incident will affect the future of the fiction, whose first season premiered in 2019 and is based on the comic book series American Jesus.

The deaths of the two Netflix actors working on The Chosen One follow not long after the death on the set of Halyna Hutchins.