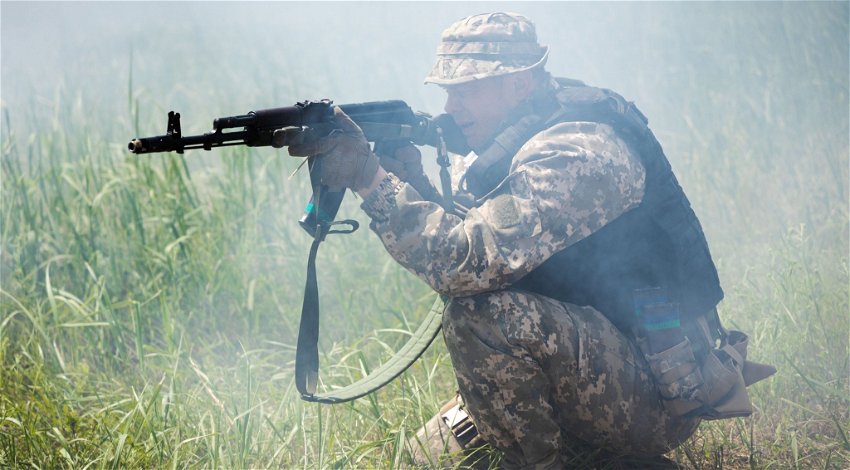 A PILOT from the Wagner Group – a network of mercenaries and a de facto private army of Russian President Vladimir Putin – who was captured by soldiers of Ukraine’s 72nd Mechanised Brigade has said that the navigation systems on Russian aircraft are a big problem, continuing rumours that Russia is using old equipment in Ukraine.

After a Soviet Igla anti-aircraft missile system shot down a Russian Su-25 aircraft near Svetlodarsk on June 18, Ukrainian soldiers were able to capture a hired Wagner Group mercenary, who complained about Russian military equipment.

The man captured, Andriy Volodymyrovych Fedorchukov, admitted during interrogation that he was a mercenary of the private military Wagner Group and was hired to kill Ukrainians for a salary of 205,000 rubles a month.

During interrogation, Fedorchukov said that he was hired to bomb a base housing Ukrainian Armed Forces and would drop bombs on Ukrainian cities along the way.

However, Fedorchukov said that “Russian aircraft have big problems with navigation” and admitted to using a “Garmin navigator and a smartphone with the Pronebo program to have more accurate navigation than the on-board navigation system”.

The Wagner Group are struggling to make an impact in Ukraine for President Putin.

On Thursday, June 9, Ukrainian Armed Forces destroyed a base housing Wagner Group mercenaries in the town of Kadiivka in Luhansk Oblast, which has been under occupation since 2014.

Prior to that, Ukraine’s army destroyed a large unit of the Wagner Group in the Donbas region on Tuesday, May 31 and as a result, Russian soldiers were reportedly too afraid to fight in Ukraine after word of the Wagner Group mercenaries’ demise spread.