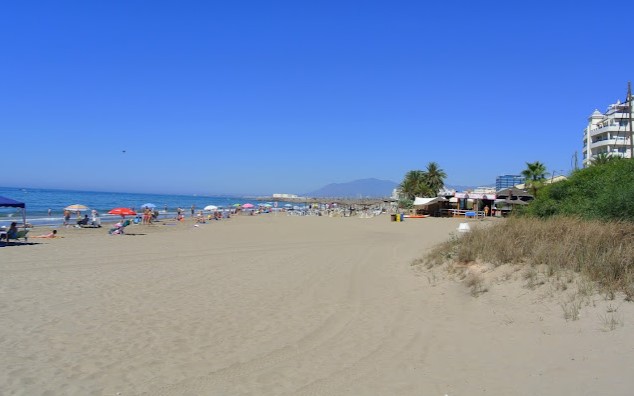 El Cable Beach in the Malaga municipality of Marbella is the city’s location for this year’s San Juan celebrations.

As announced today, Tuesday, June 21, by Enrique Rodriguez from Marbella City Council, the Youth delegation, together with that of Playas and other departments, has resumed the organisation of the traditional Night of San Juan, in the Malaga municipality on June 23.

He explained that after two years of the pandemic, this year’s celebration is: “where the youth of the municipality will be able to enjoy live music, food and drink, at popular prices. Along with light and fire shows, neon body painting workshops, an ecological contest with prizes, and the famous traditional bonfire, in the Fiestas area, and all this in an environment privileged by the sea on El Cable Beach”.

The event will begin, at 9:30pm, with a fireworks display, lights, and juggling performed by ‘La Carpa de las Estrellas’. This is followed at 10pm by a concert courtesy of Luitingo and his band.

“This is an artist who has participated in different programs such as ‘Spain’s Got Talent’ and nominated for the best original song at the Goya Awards for the film ‘Operacion Camaron’, pointed out Mr Rodriguez.

After the concert, there will be a second juggling performance at around 11:40pm by the aforementioned company from Malaga: “creator of one of the best current circus schools, with artists from different places, and which will give rise at midnight to the traditional lighting of the bonfire, followed by music from the well-known Dj Micky Rodriguez”, he added.

During the event, attendees will also be able to enjoy a neon fluorescent body painting workshop, as well as participate in an ecological contest that will take place in one of the tents located in the workshop area.

They will be given a bag each that they must fill with the waste dumped on the beach. “With this, in addition to helping to leave our El Cable Beach clean, they will obtain a participation to opt for one of the ‘tablets’ or ‘smartwatches’ that will be raffled as a prize”, enthused Rodriguez.