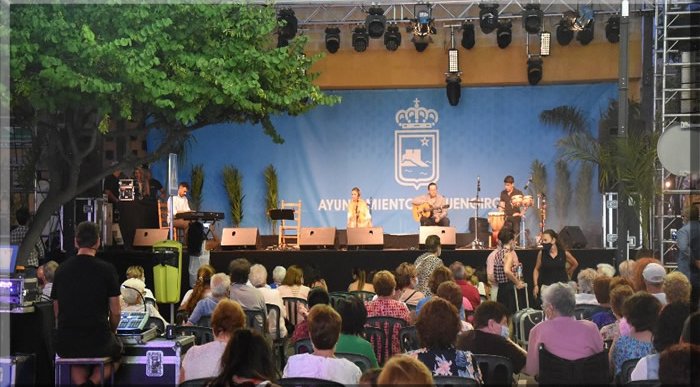 The celebrations for the Verbena de San Juan de El Boquetillo begin this Wednesday, June 22 in the Malaga town of Fuengirola.

Performances will begin at 9pm, with a show by the Municipal Music Band. Next, Maeva Fernandez will go on stage, followed at 10:30pm by a performance featuring Maria Carrasco. The evening’s entertainment will be rounded out at 11.15pm by Marisol Bizcocho.

On Thursday, June 23, starting at midnight, San Francisco beach will host the traditional fireworks display for the Night of San Juan. Prior to that, at 9:30pm, the musical entertainment will continue in the surroundings of Calles Miguel Bueno, Menorca, and Boquetillo, with the Punto y Aparte Orchestra, and the Cenachero Duo.

David de Maria will go on stage at 11pm, as the highlight of Friday, July 25. Before that, the Juani Guerrero School will perform at 9:30, followed by the group La Cava at 22:15pm.

Activities will begin early Saturday, June 25. At 11am will be the Aquatic Olympics, which include the installation on Calle Miguel Bueno of a large water slide.

Then, starting at 2pm, Plaza Anabel Conde will be the scene of a free tasting of paella and drinks that will also feature entertainment from the brass band ‘Lanz’.

At night there will be performances by the Dance School of Alicia Iranzo at 9:30pm, El Caletero at 10:15pm, Rafa Taleguilla at 11pm, and Erika Leiva at 11:45pm. Erika will be in charge to put the finishing touch to the musical performances and saying goodbye to the verbena until next year.

Fuengirola Town Council invites the residents of Boquetillo and all Fuengirola residents and visitors to enjoy these festivities, which will feature good music, good temperatures. and an unbeatable atmosphere.