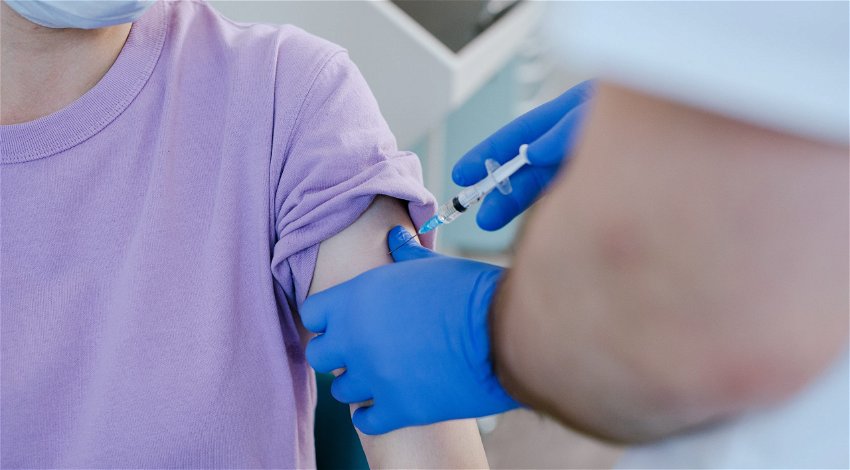 AFTER the Covid vaccine was rolled out in Canada between December 2020 and the first half of 2021, health officials began tracking adverse reactions suffered by Canadians, according to new data released in Canada’s Freedom of Information Act (FOI).

Forty-two pages of the data obtained by Canadian health officials has been released so far and contains responses from the country’s top doctors when any adverse reactions to the Covid vaccine were reported.

According to the Vancouver Sun in an article published on Monday, June 20, residents of British Columbia (BC), Canada’s westernmost province, suffered multiple reactions from the vaccine including strokes, Guillain-Barré syndrome and Bell’s Palsy.

British Columbia’s provincial health officer, Dr Bonnie Henry, reported “an adverse reaction” to Pfizer’s Covid shot in a June 7, 2021 email, in which the doctor said that a person had suffered a “severe stroke” after getting the jab.

“Doctors in B.C. … agree that the vaccine was the catalyst for his stroke. We cannot change this for (name redacted) but investigating this might prevent someone else from suffering the same outcome,” said the email. The sender’s name was removed, the news outlet noted.

A detailed response from the Interior Health to Henry’s request for a follow-up was scrubbed from the FOI documents.

In early June 2021, a case of a man, who is said to have developed Guillain-Barré syndrome and Bell’s Palsy shortly after receiving the AstraZeneca vaccine, was placed under investigation by the BC Centre for Disease Control.

According to an email sent to Kelowna-Lake Country MLA (Legislative Assembly), Norm Letnick, the patient was released from the hospital in a wheelchair and at the time, his recovery was estimated to take up to a year.

“It is truly heartbreaking to see this (man) totally incapacitated so quickly by this vaccine,” the email to Letnick read.

Subsequently, the email was forwarded to Dr Bonnie Henry, who informed Norm Letnick that Guillain-Barré – a rare disorder in which your body’s immune system attacks your nerves – “has been associated with vaccination”.

According to a statement from Health Canada, after taking the AZ and Johnson&Johnson vaccines “there are a small number of reports of people who have developed this rare (Guillain-Barré) disorder.”

Blood clots, for which the US Food and Drug Administration (FDA) recently restricted the use Johnson & Johnson Covid vaccine, were also detected in Canadians following the coronavirus jab.

In fact, a woman from Vancouver Island revealed that she had been diagnosed with blood clots in her lungs a week after receiving a dose of the Pfizer vaccine.

She wrote to Dr Henry hoping that she would “investigate further as to why my first vaccine resulted in blood clots in my lungs and to add these findings to the ongoing research.”

The woman said at the time that she was prescribed medication but faced a “long wait time to see a blood specialist.”

The Pfizer vaccine is not mentioned as causing blood clots on the BC Centre for Disease Control website, however, the AstraZeneca and J&J ‘Janssen’ vaccines were.

Further reports of blood clots, higher fatalities and other concerns linked to the AstraZeneca vaccine were noted in a March 25, 2021 email from a Disease Control epidemiologist to Ms Henry.

“I urge that decision-makers review this information as soon as possible to consider whether to pause the use of AZ/Covishield until further investigations are completed,” Dr Eleni Galanis wrote.

This led to the vaccine being paused for over 55s in Canada after the jab was linked to rare blood clots – something that some doctors believe is developing in “younger and younger people”.

The 42-page document comes after Pfizer boss Albert Bourla faced heavy criticism after calling for US citizens to receive a fourth booster dose of his company’s Covid vaccine, despite the shocking revelation of 158,000 adverse events linked to the jab being released just days before.

Since then, the US has announced that the Moderna Covid vaccine has been approved by FDA and will be administered youngest children in the US – under 5s – with the Pfizer jab expected to be granted approval shortly.