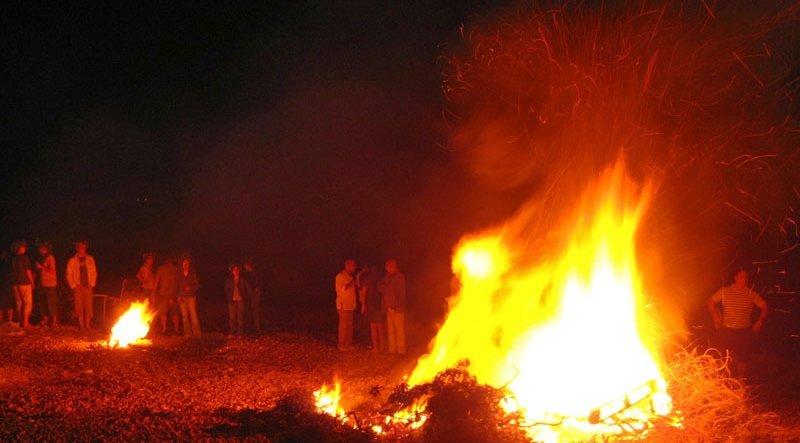 The police in Dénia has reminded residents that it is totally illegal to make bonfires on the beach even during Sant Joan, saying that the coast will be monitored by both police on the ground and with the use of a drone.

The event which takes place on Thursday, June 23 is a time for families to say goodbye to all, the bad things and to welcome in all the good things, however that involves creating fires on the beach for those participating to jump over.

But that is forbidden in terms of city council ordinances, as it is the use of any type of pyrotechnics or device that poses a risk of producing fire.

Councillor for Citizen Protection, Javier Scotto, the Head of the Local Police, Andrés Tabernero, and the Head of the National Police station, Carlos Nieto, together explained that they would be enforcing the local bye-laws.

Patrols they said would be increased with an additional three patrols added to the regular service, whilst at night there will be four patrols circulating along the coast. Surveillance will also be carried out using a drone ahead of the festival and during the day, the intention being to intervene “if there is an accumulation of wood, pallets… that can be used to make bonfires”.

National Police patrols will be reinforced during the afternoon with six in service during the day. At night five units, including one from the operational response groups, will be operating allowing the police to deal with all eventualities.

The Department of Beaches will also be on standby to assist with sand and other equipment deemed necessary, whilst the public address system used by lifeguards will also be commandeered to allow for public announcements.

With Dénia beaches to be policed on Sant Joan, it is likely that some will travel further afield to enjoy the traditional bonfire and wave jumping without interference.