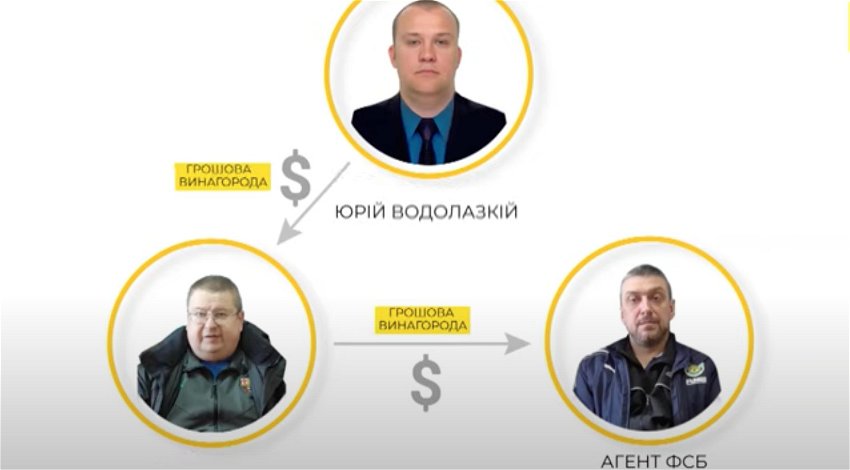 A multi-stage special counterintelligence operation conducted by the Security Service of Ukraine has exposed multiple Ukrainian officials, including the head of the Cabinet of Ministers and the head of the Chamber of Commerce and Industry of Ukraine, for supplying Russia’s FSB with various military intelligence information about Ukraine.

The SBU said: “These officials provided the enemy with various intelligence information: from the state of defence capabilities to the arrangement of the state border and personal data of Ukrainian law enforcement officers.”

However, as noted by the Ukrainian Security Service, the officials did not do it for free.

“The FSB paid them 2 to 15 thousand dollars for the task of gaining information for them. The amounts depended on the level of secrecy and the importance of the data collected,” the SBU said.

According to the SBU, the government officials were recruited by two FSB staff members in 2012 when the officials made a trip to Russia.

“The officials were provided with an operational pseudonym and a special mobile and after returning from the trip, began communication with Russia’s Federal Security Service and performing the task of collecting secret information circulating in the Cabinet,” the SBU added.

“Russia either printed out the secret documents or photographed and stored them on a flash drive.”

It added: “To transfer the files, FSB agents agreed – through a closed Telegram channel – to meet with a Ukrainian minister “liaison” – who was one of the employees of the Chamber of Commerce.”

The SBU identified that person as Zvyazkivtsi, who was also recruited in Moscow by officers from the 5th FSB service.

“The CCI employee later received his instructions in the temporarily occupied Simferopol.”

The SBU also identified one of those who trained him as an agent, Yuriy Vodolazky, a representative of the 5th FSB service.

“The scheme of transferring intelligence worked as follows,” the SBU said.

“The government transferred them to the “communicator” with the CCI, and the latter – further to Russia through encrypted communication channels.

“The liaison officer received the “reward” during personal meetings with curators. They took place in the Crimea or in third countries.”

It added: “Usually the FSB paid him for two, and already in Kyiv, he distributed money. In parallel, he was engaged in the selection of other “candidates” for recruitment.

“Currently, SBU investigators have informed both perpetrators of suspicion of committing a crime under Art. 111 (treason) of the Criminal Code of Ukraine.”

Earlier this month, the SBU busted a criminal gang selling drugs and tactical information about the Ukrainian army to Russian soldiers in Kyiv and Chernihiv.

The Security Service of Ukraine (SBU) revealed on Friday, June 3 that they had “neutralised” a criminal organisation who were supplying Russian soldiers with drugs and passing on crucial information on Ukrainian war tactics.