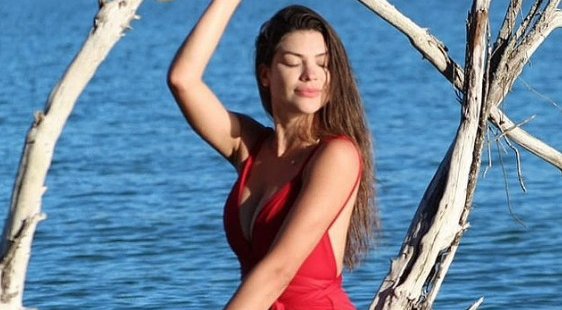 FORMER Miss Brazil Gleycy Correia, who had been in a coma at a hospital in the Brazilian city of Macaé for more than two months after suffering a heart attack following routine tonsil surgery, has died aged 27.

Gleycy Correia, who was crowned Miss United Continents Brazil in 2018, died in a coma on Monday, June 20 after suffering a brain haemorrhage and then a heart attack five days after having her tonsils removed.

Family priest Lidiane Alves Oliveira told The Mirror: “She had surgery to remove her tonsils [in late March] and after five days at home, she had a haemorrhage.

“She went to [the local hospital] Unimed and had a cardiac arrest on April 4 and since then she was in a coma, with no neurological activity. Today she passed away.”

Tributes have flooded social media following the news of her death.

On Wednesday, June 22, Ms Correia’s Instagram account, which is now run by her family, posted: “I have fought the good fight, I have finished the race, I have kept the faith.”

Friends of the family and local pastor, Jak Abreu, said: “God chose this day to collect our princess.

“We know that she will be greatly missed, but she will now be brightening the sky with her smile.”

The beauty queen turned entrepreneur specialised in permanent make-up and posted regular updates to her IG account, which boasts over 55k followers.

The news of Ms Correia’s death comes after another Brazilian model died earlier this year.

On Sunday, January 9, Valentina Boscardin, who was part of the Ford Model Brasil São Paulo agency, died at the age of 18.

The fully vaccinated model is said to have died after suffering Covid complications, according to a family friend at the time.

“The daughter of the beloved model and businesswoman Marcia Boscardin, died this weekend, at the age of 18, a victim of a thrombosis after catching coronavirus,” Felipeh Campos said.

“Valentina was on the rise and ready to embark on an international career, what a sadness. She was immunised with both doses of Pfizer. Just rest Valentina,” he added.