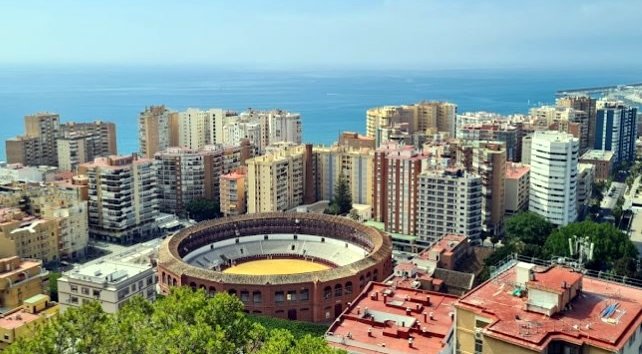 The Malaga hotel sector has voiced its uncertainty for this summer after occupancy levels dropped slightly in June.

The Association of Hotel Businessmen of the Costa del Sol (Aehcos) forecast today, Tuesday, June 21, that this month of June will close with a hotel occupancy of 81.80 per cent. That is two points down on the same month in 2019.

This data has generated uncertainty in the hotel sector as May closed with a higher occupancy figure than in 2019. “On the other hand, in this month, although it does not show bad data, the occupation is not being as favourable as expected, since in June 2019 it was close to 84 per cent occupancy”, said Aehcos in a statement.

Jose Luque, the Aehcos president commented: “We are observing a slight slowdown, especially in markets such as the German, and to a lesser extent the British”.

Although the recovery of international tourism is already reaching good levels, it does not meet the expectations. An international presence of 70 per cent had been expected, but at the moment it is estimated that it will only reach 65 per cent of the total.

“Another reason for this slight change in the rhythm of demand is the generalised problem in the different European airports that have caused flight cancellations and saturation at border crossings and security controls with important waits and delays”, explained Luque.

He detailed: “What must be added is a certain slowdown in the domestic market, that is, demand from Spaniards caused by the dynamics of inflation”.

In his opinion, the key to knowing if 2022 definitively returns to the pre-pandemic levels of 2019 will be the last four months of the year. Specifically, the demand during the months of September to December. “We hope they offset the losses carried over from the first third of the year”, Luque said.

By localities, Nerja, with 83.90 per cent occupancy, shows good data. They are followed by the Malaga towns of Benalmadena, with 83.81 per cent; Axarquia, with 81.81 per cent, and Fuengirola with 80.42 per cent.

Aehcos warns that other municipalities though are at “half gas”, as is the case of Antequera. If the forecasts do not change due to last minute reservations, occupancy is around 50 per cent, while Frigiliana in Torrox is around 60 per cent.

Looking ahead to the summer, the forecasts for the coming months have not changed at the moment with respect to those announced by Aehcos 15 days ago. Thus, it is expected that, in July, the occupation will be 78.79 per cent compared to 84.20 per cent in 2019.

August shows moderate forecasts of 77.27 per cent for now, when in pre-pandemic, 89.73 per cent was reached. Last-minute demand will be “key” for this high season.

“In any case, and although the data is not excellent, it should be remembered that we are emerging from a very complicated situation. Last year, in this same month, hotel occupancy in the province was 40.15 per cent and the luckiest establishments barely filled 70 per cent of their vacancies at the best of times”, Luque pointed out.

“This only happened in Antequera, and Malaga, the majority of establishments barely reached 40 per cent”, the Aehcos president recalled.