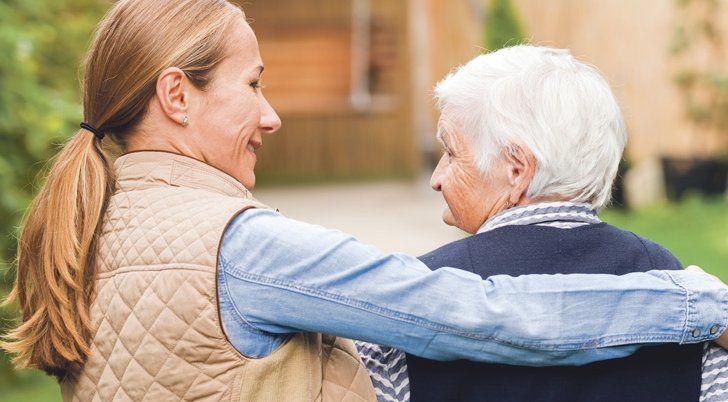 A new study that examined more than 300,000 health records of people in the UK found a link between dementia, strokes and vitamin D leading those involved to say that sunshine may be the answer.

The report released on Wednesday, June 22, was compiled by the University of South Australia which reviewed the health records of nearly 300,000 people from the UK Biobank. The study which looked at the link between the two health issues with lifestyles found that the cases of dementia could drop by nearly a fifth, if people who were deficient in the vitamin took supplements to bring them up to healthy levels,

Researchers said they found that low levels of vitamin D were associated with lower brain volumes and therefore an increased risk of dementia and stroke. Further genetic analyses supported a causal effect of vitamin D deficiency and dementia.

Dementia is one of the major causes of disability and dependency among older people worldwide, affecting thinking and behaviours as you age. Globally, more than 55 million people have dementia with 10 million new cases diagnosed every year.

In the UK, dementia affects nearly one million people however the number is rising and rising quickly with some believing that number will more than double over the next two to three decades.

Currently, there is no cure for dementia but there is an increasing focus on preventative behaviour.

Professor Elina Hyppönen, Senior Investigator and Director of UniSA’s Australian Centre for Precision Health, said the findings are important for the prevention of dementia and appreciating the need to abolish vitamin D deficiency.

He said: “In this UK population we observed that up to 17 per cent of dementia cases might have been avoided by boosting vitamin D levels to be within a normal range.

“Our study is the first to examine the effect of very low levels of vitamin D on the risks of dementia and stroke, using robust genetic analyses among a large population.

“Vitamin D is a hormone precursor that is increasingly recognized for widespread effects, including on brain health, but until now it has been very difficult to examine what would happen if we were able to prevent vitamin D deficiency.

“In some contexts, where vitamin D deficiency is relatively common, our findings have important implications for dementia risks.

“Dementia is a progressive and debilitating disease that can devastate individuals and families alike.

“If we’re able to change this reality through ensuring that none of us is severely vitamin D deficient, it would also have further benefits and we could change the health and wellbeing for thousands.

“Most of us are likely to be ok, but for anyone who for whatever reason may not receive enough vitamin D from the sun, modifications to diet may not be enough, and supplementation may well be needed.”

Published in the American Journal of Clinical Nutrition, the study used Nonlinear Mendelian randomization (MR), a method of using measured variation in genes to examine the causal effect of a modifiable exposure on disease, to test for underlying causes of dementia and strokes.

If sunshine is indeed the answer to dementia and strokes and there is a link with vitamin D, the study will have provided a major breakthrough in treating the ailments in an easy and cost-effective manner.