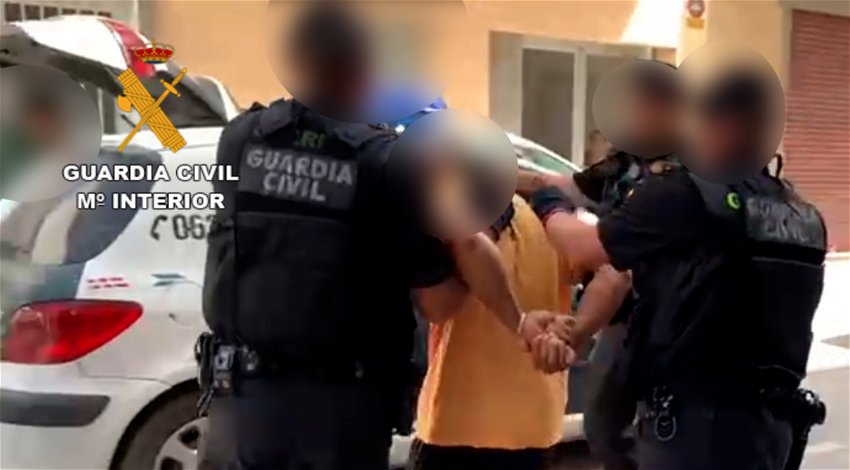 The suspected Jihadist was arrested in Elche, Alicante, Spain in a joint operation by Guardia Civil and the EUROPOL agency.

The suspected Jihadist, a 41-year-old man, was arrested in Elche, Alicante, Spain for his alleged involvement in a terrorist offence, as part of an operation carried out by the Guardia Civil’s Information Service together with the National Intelligence Centre under the direction of the Central Court of Instruction number 5 and the Public Prosecutor’s Office of the Audiencia Nacional, as reported by the Guardia Civil.

In the search of the arrested man’s home, various electronic devices were seized, which, once analysed, revealed the possession and exchange of a huge amount of audiovisual material associated with jihadist terrorist organisations, in which material edited by official agencies of the Islamic State predominated.

The investigation began after detecting in the province of Alicante a person linked to the jihadist ideology, who in the past had tried to move to a conflict zone with the intention of joining the ranks of terrorist organisations.

As a result of international police cooperation, it was discovered that he had tried to enter Syria or Iraq accompanied by three other people, who had already committed acts of violence, one of them being particularly notable, as he was considered the perpetrator of a terrorist attack in Grozny (Russia) in which 21 people died and another 16 were injured.

The detainee developed an intense and highly relevant propaganda activity on platforms linked to terrorist organisations such as the self-styled Islamic State.

The alleged terrorist used jihadist content exchange platforms, where he had access to specialised material, including a large number of publications considered to be “instruction manuals” used for the recruitment and indoctrination of other potential terrorists.

Once the activity that this person was developing through jihadist media platforms was accredited, an investigation was carried out, with the participation of analysts from the Europol agency, which allowed the consolidation of a judicial procedure.

The detainee was handed over to the judicial authorities on Tuesday, June 21, who ordered him to be remanded in custody.