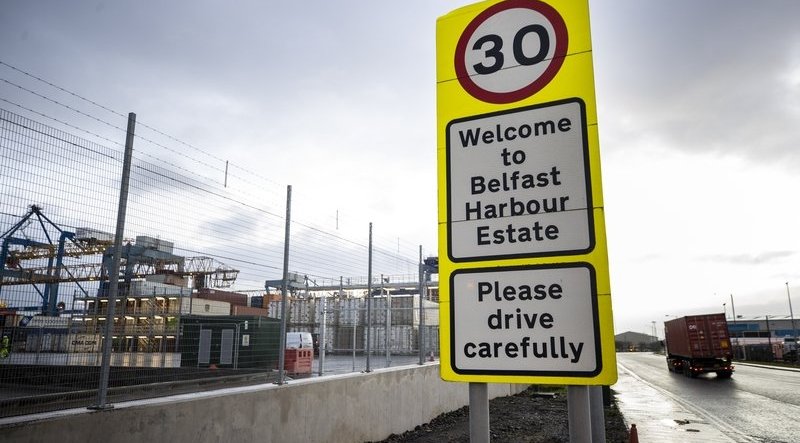 The US has warned the UK that the proposed unilateral action to resolve the issues on the Northern Ireland (NI) border is not conducive to a trade deal, repeating warnings issued before.

The warning on June 22 came as Boris Johnson’s government moved unilaterally to axe some of the arrangements agreed and committed to by the UK government as part of its divorce from the EU.

The US government has repeatedly stated that the UK needs to stick to Northern Ireland protocol and that a trade deal with the world’s largest economy, hinged on their adhering to this and the Good Friday Agreement.

A senior US administration official told the Guardian: “It’s fair to say that the administration has concerns about the legislation. The administration does not believe that unilateral steps are going to be the most effective way to address the challenges facing the implementation of the protocol and that our strong desire remains to see the UK and the EU return to talks and find a negotiated agreement.”

The intervention from the US comes after the UK government defied a chorus of criticism and the threat of a trade war and legal action to push ahead with legislation to enable unilateral action.

The US spokesperson also poured cold water on the suggestion that the criticism of the UK government’s approach was being driven by the Irish caucus in Washington who were being influenced by Sinn Fein.

In a war of words, the UK has accused the EU of failing to negotiate in good faith and to be flexible in finding solutions, however, the EU has denied the criticism saying that they had tabled multiple proposals all of which the UK government has failed to give proper consideration.

Further clarification was provided by the Biden administration who said: “It is true that there is no formal linkage between the protocol and a free trade agreement, but the current situation does not create a conducive environment.

“I think as a broad matter, it’s a desire to avoid unilateral approaches and see a return to negotiations, to be able to reach a negotiated agreement with the EU that’s adopted in UK law.”

The spokesperson continued saying that the Biden administration conveyed its concerns to the Northern Ireland minister, Conor Burns, when he was dispatched to Washington to convince the White House that the move was necessary.

They said: “We view a negotiated resolution to differences over the protocol as a net win for Northern Ireland’s economy and political stability in the long term for all communities and believe that economic prosperity is in everyone’s interest.”

At the centre of the storm is the draft legislation introduced by the UK government last week that it said would enable it to scrap checks on goods destined to remain in Northern Ireland. Prime Minister Boris Johnson has claimed the move would lead to “relatively trivial” measures, but the EU does not see it that way and has started legal proceedings in response to the unilateral move.

Johnson and his government believe they aren’t breaking the law by taking unilateral action, but not all in the Conservative Party agree and that could spell trouble for the prime minister. Whilst the cabinet has dismissed the US warning that the unilateral action in the Northern Ireland protocol is not conducive’ to a trade deal, the government is gambling on a change of heart.