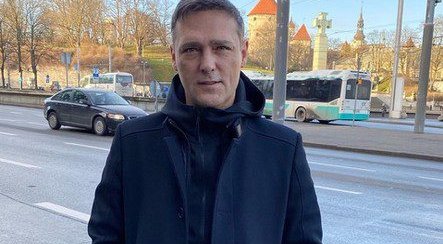 The death of Russian singer Yuri Shatunov from the beloved Soviet boyband Laskovyi Mai, was reported on Thursday, June 23, by Life.RU.

According to the report the death was unexpected, with Shatunov engaging actively on social media, starring in TV programmes and planning to tour Russia in the autumn.

112 media claimed that Yuri Shatunov died of acute heart failure after falling ill while on holiday with his manager in the suburbs of Moscow.

Allegedly friends of Yuri Shatunov brought him to a medical care unit in the village of Rastunovo, where he reportedly told doctors he was suffering an acute pain his chest.

The doctors called an intensive care team to transport him to Domodedovo hospital.

An ambulance took Yuri Shatunov to Domodedovo hospital, but he went into cardiac arrest before arriving, with doctors unable to resuscitate him.

Yuri Shatunov, as the lead singer of the band Laskovyi Mai, toured almost every republic of the former USSR and became a true idol for millions of people throughout the Soviet Union

According to Russian media “the voice of this talented performer was once heard in every receiver, TV or tape recorder in all parts of the former Soviet Union.”

“Posters of Shatunov hung in every room of every Russian teenager.”

With millions of hits on YouTube and Spotify, Yuri Shatunov is best known for songs such as “White Roses”, “Childhood”, “Grey Night”, “Pink Evening” and “Add my voice on tapes”, amongst others.

The singer of Cameroonian origin was born in Cameroon in 1977. He later moved to Moscow, Russia, where he would star on a Russian TV show known as “Star Factory.”. He would later go on to write his most famous hit “Chocolate Bunny” and release his first album in 2004.