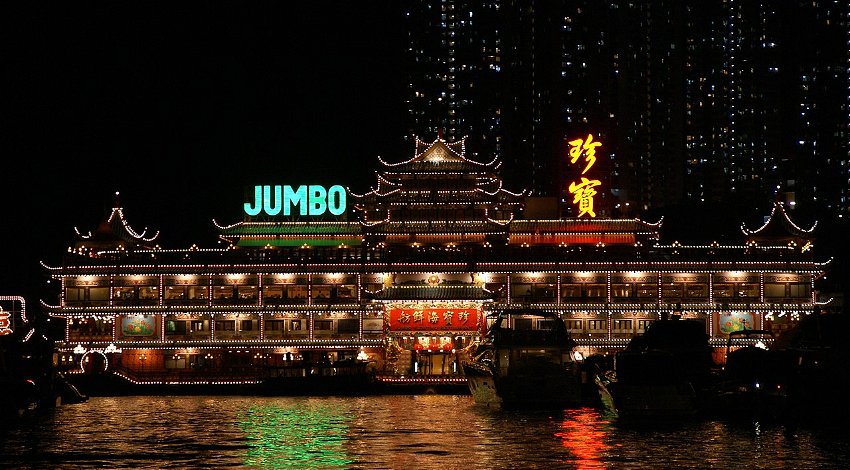 The owners of the landmark Hong Kong floating Jumbo Kingdom restaurant who said earlier this week that the vessel had sunk in deep waters have retracted the statement after it became evident that the restaurant and the tug boat were still in international waters near the Paracel Islands.

After calls for an investigation into the circumstances of the sinking started to grow, the company retracted earlier statements on June 24.

Authorities called on the company Aberdeen Restaurant Enterprises Limited to disclose the circumstances around the sinking, forcing the company into a new statement.

However, it still remains unclear as to what the fate of the restaurant is with Hong Kong’s Marine Department requesting the group to provide a written report into the incident as part of an initial investigation.

A spokesman for Aberdeen Restaurant Enterprises Limited told CNN it had always used the term “capsize” to describe the incident. It had however never claimed the vessel had sunk.

The spokesperson when asked if the statement contradicted earlier ones, they said: “We are required to report the depth of the waters where (the incident) took place,” declining to answer whether this meant the vessel was salvageable or remained afloat.

Questions have been raised after it became clear the extent of the losses incurred by the owners and whether there was a future for the vessel in Hong Kong or elsewhere.

Although proposals had been received to save the restaurant, its high maintenance cost had deterred potential investors, with Hong Kong Chief Executive Carrie Lam also ruling out a potential government bailout to save the attraction.

Hong Kong’s marine department said that their understanding was the vessel being taken to a shipyard in Cambodia. The news has been widely criticised locally with many taking to social media saying it was no way to treat a Hong Kong icon.

Perry Yiu Pak-leung, a government politician responsible for tourism said Jumbo Kingdom’s sinking was a loss for the city’s heritage.

“Hong Kong should take this as a lesson. The government, conservationists, historians and the commercial sector should be working together to protect and make good use of these [historic] sites.

“We stalled too long.”

Politicians from across the spectrum are now calling on the government to launch a more thorough investigation with Tik Chi-yuen, chairman of the Third Side political party saying:

“We need to know if the tug boat company were involved in any malpractice or human error at sea when they towed away the Jumbo Kingdom vessel.”

Experts have said it was “quite uncommon” for a vessel to sink simply due to bad weather, with advancements in navigation technology making the sea quite safe.

An investigation would take years as the vessel is said to be outside of Hong Kong territorial waters, with Andrew Brooker, Managing Director of Hong Kong-based marine insurance firm Latitude Brokers, saying it was “incredibly unlikely” the vessel was insured for loss or damage.

“The marine insurance market does not like [to carry the risk of] 50-year-old barges being towed across 1,000 kilometres of open ocean in typhoon season.”

He added that it was unlikely that the owners would have been legally required to insure the vessel outside of Hong Kong waters.

With conflicting statements from the owners, some are smelling a rat with the worry that the Jumbo Kingdom floating restaurant may have been sunk on purpose or may not have sunk at all.