‘No pooping in the woods’ the sign to beat all signs 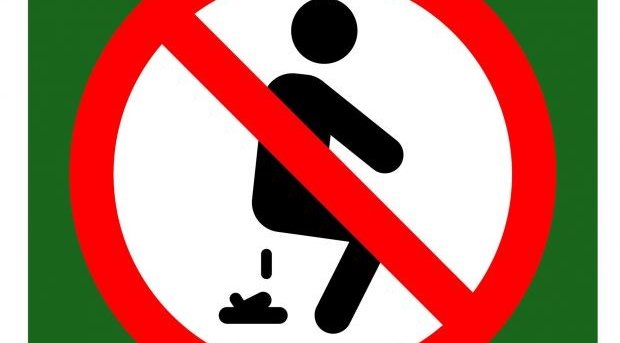 ‘No pooping in the woods’ the sign to beat all signs

Undoubtedly the sign that trumps all other signs in 2022 has to be the “no pooping in the woods” sign that has appeared in Riis Skov, a forest near Aarhus in Denmark.

According to a Facebook post on June 24, authorities in the town have felt the need to add a human no pooping sign alongside those telling owners of horses and dogs that it is a poop-free zone.

They are finding out, however, that the sign is of more value on people’s bedroom and pub walls than it is effective in stopping people from responding to the call of nature.

Now you wouldn’t expect people to answer the number two call in the woods, well maybe the occasional urgency but it seems the problem is greater than that. It does beg the question as to who is compelled to go out for a walk in the forest with a view to relieving themselves.

As you would expect the signs have become quite the thing to have and so they are being stolen faster than they can be hung up. Never mind fining people the council would be better off selling copies as novelties, it certainly would raise a lot more money as it would awareness of the issue.

Kim Gulvad from Aarhus Municipality told the TV2 that: “It’s not a big problem yet, but we still have to screw new ones up and employ somebody to do it. A new sign only costs 45 kroner, but the man-hours can be expensive.”

I am sure there is a joke in there somewhere but I will leave you to figure that one out, suffice to say at 45 kroner a pop, someone is making a few bucks.

Most people like to take a little memory of their visit home and the council is certainly missing a trick, with the novelty “No pooping in the woods” sign a potential winner with endless possibilities to pay for the upkeep of the forest.

Originally from South Africa, Peter is based on the Costa Blanca and is a web reporter for the Euro Weekly News covering international and Spanish national news. Got a news story you want to share? Then get in touch at edit[email protected]