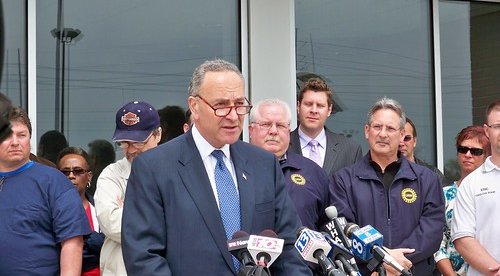 In a rare victory for gun control advocates pushing for new legislation, the US Senate has passed a new bill with bipartisan support.

The gun control bill, which was passed overnight on June 23, will now be passed to the US House of Representatives for approval.

The first significant legislation to control guns in more than three decades saw 15 members of the Republican Party side with Democrats to pass the bill by 65 votes to 33.

In what is a typically difficult area in which to pass legislation, particularly after the Supreme Court reaffirmed on the same day that US citizens have the right to bear arms, the bill will be a triumph for those who have fought so long for change.

Democratic Senate Majority Leader Chuck Schumer told CNN before the vote: “This is not a cure-all for the ways gun violence affects our nation, but it is a long-overdue step in the right direction.”

The bill, which was in a compromise in the end, will introduce tougher background checks for younger would-be gun owners, measures to keep guns away from more domestic violence offenders, and red flag laws that will make it easier for authorities to take weapons from people judged to be dangerous.

In addition to the legislation to control guns, a $13bn (€12.3bn) package will fund programmes about school safety, mental health, and violence prevention.

Broader measures on banning assault-style rifles or high-capacity magazines were stripped from the bill before the vote, which if included would have seen the vote fail.

Gun violence remains a major problem in the US with many mass shootings including Uvalde where many children under the age on ten were murdered. Their names are added to the more than 20,800 who have already lost their lives this year through gun violence.

The bill is expected to pass in the Democrat-controlled House, before it is signed into law by US President Joe Biden.

Biden responding to the vote said: “Tonight, after 28 years of inaction, bipartisan members of Congress came together to heed the call of families across the country and passed legislation to address the scourge of gun violence in our communities.

“Families in Uvalde and Buffalo – and too many tragic shootings before – have demanded action.

“And tonight, we acted.

“This bipartisan legislation will help protect Americans. Kids in schools and communities will be safer because of it.

“The House of Representatives should promptly vote on this bipartisan bill and send it to my desk.”

The vote will be a major win for the Democrats and Joe Biden, who popularity has waned due to what many see as inaction on key issues.

But for gun control advocates the passing by the US Senate of the bipartisan gun control bill is just a small step in achieving greater control of guns and lessening the possibility of further mass murders in schools and public places.