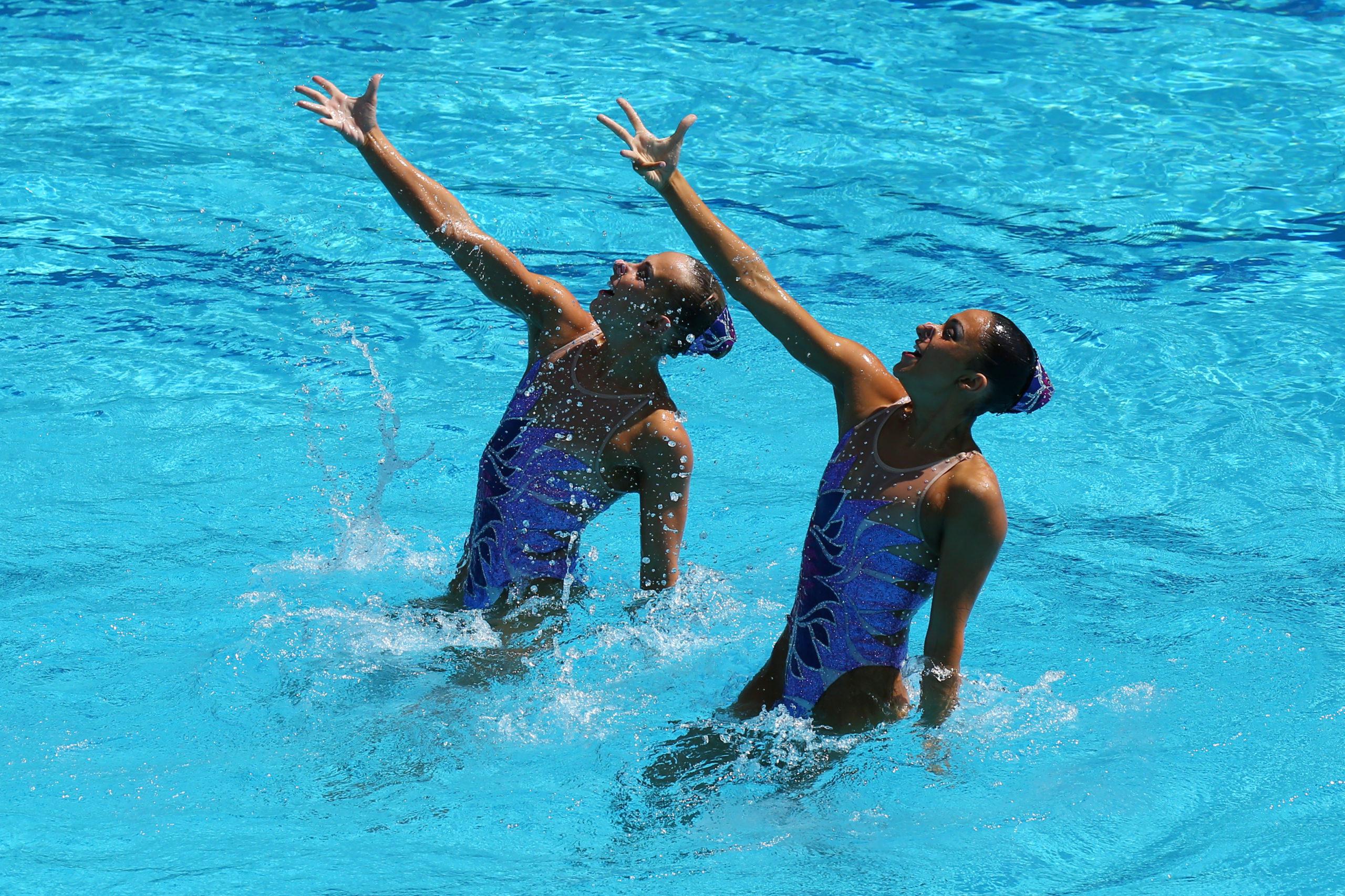 SPAIN’S Andrea Fuente has been praised for her dramatic rescue of US synchronised swimmer Anita Álvarez, who lost consciousness in the pool on Wednesday, June 22.

UPDATE (June 24) – Following her near-death experience in the pool at the World Aquatics Championships in Budapest on Wednesday, June 22, Anita Álvarez has she knows she is “okay and healthy” and praised her coach, Spain’s Andrea Fuente.

Speaking to NBC Nightly News, the 25-year-old described her coach as a hero.

“I mean I say this all the time to her and to other people, [I’m] just so grateful to have her as a coach,” she said.

“When I found out she was coming to be our coach, it was like, I didn’t believe it.”

Touching upon the incident, Álvarez said: “I remember feeling like it was a really great performance.

“Like, my best one by far and not only just how I performed but just that I was actually enjoying it and really living in the moment too.

“So, because of that I feel really happy and really proud.

“And then at the very end, I do remember like the very last arm I did, I gave like, it’s such a simple small arm.”

She added: “But I was like give everything until the very end and I did that and then I remember going down and just being like, kind of like, ‘uh-oh, I don’t feel too great.’

“And that’s literally the last thing I remember actually.”

Taking to Instagram, she thanked her fans for their support following the incident.

She wrote: “Thank you everyone. Will give a brief update soon. But in the meantime know that I am okay and healthy!”

Unbelievably, the American has not ruled out competing again in the World Champs.

“I appreciate all of the messages of support and hope everyone can respect that my team and I still have two more days of competition to be focused on here in Budapest,” she said.

“Whether that’s in the water for me or on the sidelines will be determined by myself and expert medical staff, but either way my team and I have a job to finish and I hope everyone can understand that.”

ORIGINAL 7.36 pm (June 23) – Coach Andrea Fuentes, a four-time Olympic medalist for Spain in synchronised swimming, jumped into the pool after she saw Anita Álvarez sink to the bottom at the end of her solo free final routine on Wednesday, June 22.

Álvarez’s coach was forced to jump into the water after it was revealed that current International Swimming Federation (FINA) regulations prevent the intervention of lifeguards without a signal from a referee.

The Spaniard, who said that 25-year-old Álvarez had stopped breathing, complained about the rules to Spanish radio following the incident.

“It felt like a whole hour [for lifeguards to react]. I said things weren’t right, I was shouting at the lifeguards to get into the water, but they didn’t catch what I said or they didn’t understand, she said.

“She wasn’t breathing. I went as quickly as I could, as if it were an Olympic final.”

Worryingly, this is the second time the athlete has collapsed during an event within the last year after she lost consciousness during a routine at an Olympic qualifier in Barcelona. She was also rescued by her coach de ella on that occasion.

“Anita is OK – the doctors checked all vitals and everything is normal – [her] heart rate, oxygen, sugar levels, blood pressure etc. All is OK,” Ms Fuentes said following the incident on Wednesday, June 22.

“We sometimes forget that this happens in other high-endurance sports [such as] marathon, cycling, cross country. We all have seen images where some athletes don’t make it to the finish line and others help them to get there.

“Our sport is no different than others, just in a pool, we push through limits and sometimes we find them.

“Anita feels good now and the doctors also say she is OK. Tomorrow she will rest all day and will decide with the doctor if she can swim free team finals or not.”

On Thursday, June 23, FINA said that they will review current rules following the scary incident.

In a statement, FINA revealed that lifeguards hired to work at world swimming championships can only go into action after authorization from the referees, which is why Fuentes was quicker to react.

After leaving the pool on a stretcher, the young athlete recovered and is said to be out of danger, although as reported by the American team, she will undergo various tests in the coming days to reveal the causes of the fainting.