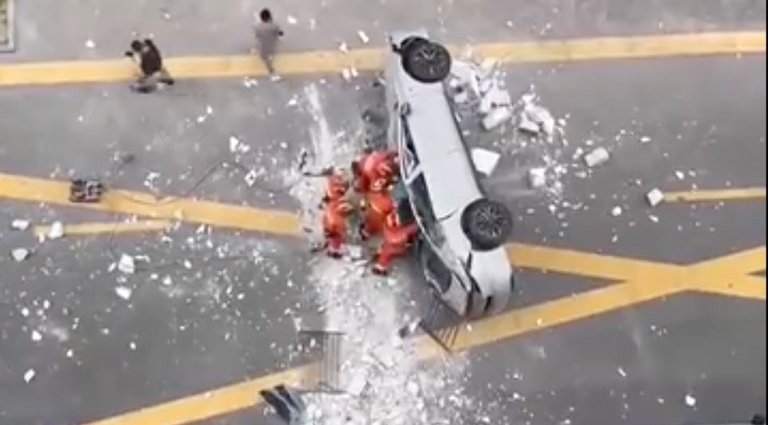 Electric car maker NIO has said that two of its testers had died after a test went horribly wrong resulting in the vehicle plunging from the third floor onto the road below.

The accident, which happened earlier this week was confirmed on Friday June 24, when the company acknowledged that one of its staff members and a representative from a supplier were killed in the crash.

Described as “digital cabin testers”, the pair were inside the vehicle when it fell from a parking garage in the firm’s Innovation Port building.

The company, who will be cooperating with an official investigation, said that initial indications are that it was driver rather than car failure.

It added: “Based on the analysis of the situation at the scene, we can initially confirm that this was an accident (not caused by the vehicle).

“We feel very sad about this accident and would like to express our deepest condolences to our colleague and partner employee who lost their lives. A team has been set up to help the families.”

NIO is one of China’s biggest home-grown companies with ambitions of taking over the electric vehicle industry. Unlike current models it is focusing on using interchangeable batteries in its cars to help lower the amount of charging time.

Dubbed China’s “Tesla killer”, in a reference to Elon Musk’s rival US-based electric carmaker, the company has yet to make significant inroads into the rival company’s market.

Tesla has had its fair share of disasters from which it has recovered, now it remains to be seen whether the electric car maker NIO can do the same after its car test went horribly wrong resulting in the death of the two drivers.