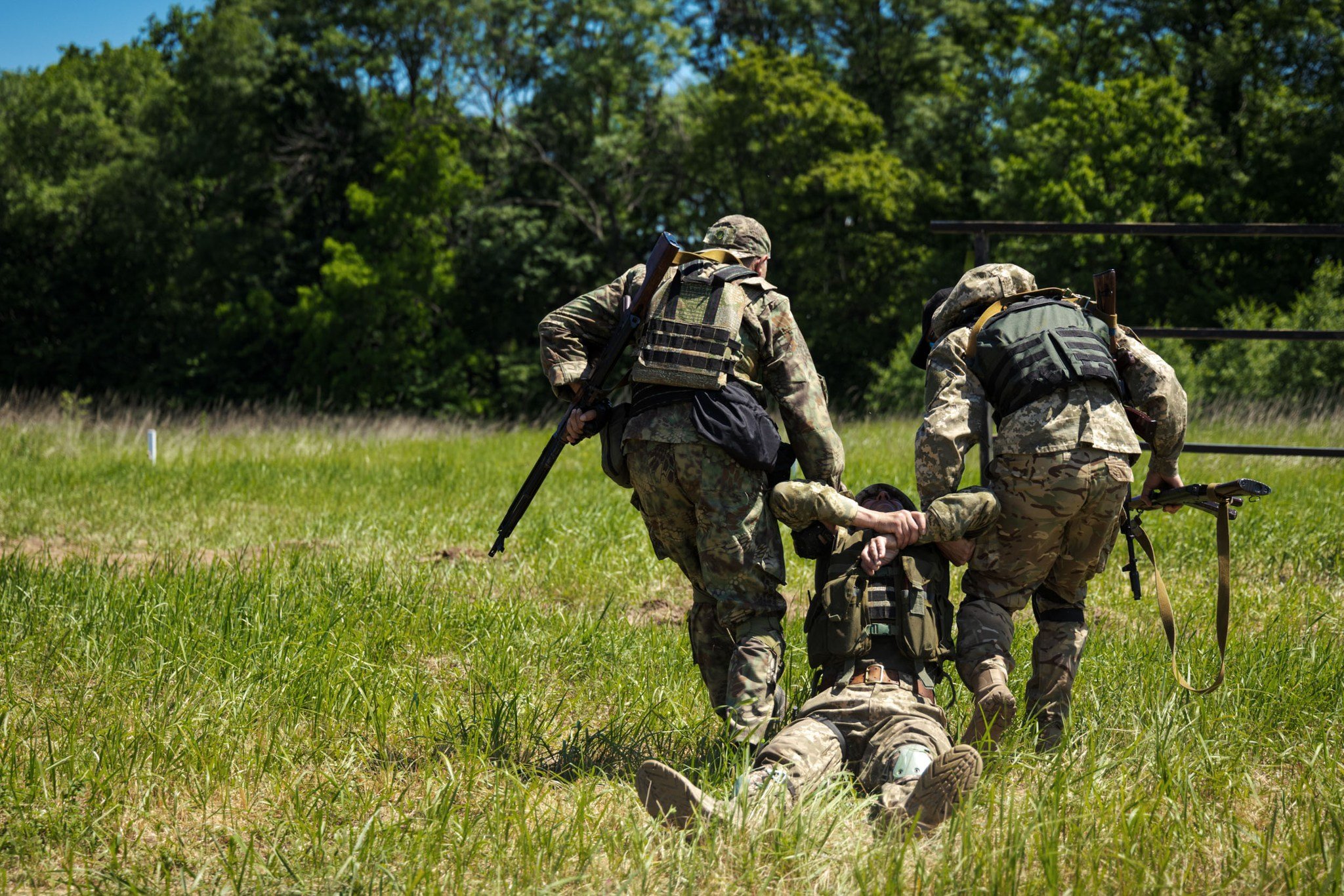 THE Governor of the eastern Luhansk region has announced that the remaining Ukrainian troops will have to leave the city of Severodonetsk.

Governor Serhiy Gaidai said in a TV interview Friday, June 24, that Ukrainian troops will have to withdraw from the largely-Russian controlled city of Severodonetsk in the Luhansk Oblast region.

“Remaining in positions smashed to pieces over many months just for the sake of staying there does not make sense,” Gaidai said.

He added: “The Russians have shelled Severodonetsk almost every day for four months and the city’s infrastructure has been completely destroyed, 90 per cent of houses have been damaged or destroyed.

“Russians have been advancing from Zolotyi and Toshkivka towards Lysychansk while the DRG penetrated the outskirts of the city, but were pushed out,” he said.

“Six installations for launching Tochka-U missiles left Starobilsk in the direction of Lysychansk.”

Prior to the news that troops would be withdrawing from Severodonetsk, Mr Gaidai revealed that several attacks on Lysychansk were repulsed but “Russians captured Mykolayivka”.

“Lysychansk and Borivske withstood air strikes but the bodies of two victims were found, and a wounded man was hospitalised in Chernivtsi,” he said.

“In Severodonetsk, the occupiers damaged the territory of Azot and a brick factory, shelled the villages of Synetsky and Pavlograd, and three bridges that were destroyed a few weeks ago.

“Many houses and premises of housing and communal services were destroyed in Lysychansk, the surrounding villages suffer from Russian shells.

“Our soldiers repulsed the offensive in the direction of the southern outskirts of Lysychansk, inflicted losses and forced to retreat.”

The battle in the Severodonetsk pocket has been fought for weeks with Russia slowly gaining advantage over Ukrainian troops.

On Tuesday, June 21, Russian troops completely captured Toshkovka while battles in the twin cities of Severodonetsk and Lysychansk in eastern Ukraine raged on.

The head of the Severodonetsk RVA, Roman Vlasenko, said on Tuesday, June 21, “As of today, according to our information, Toshkivka is controlled entirely by Russia’s soldiers,” adding that the battle for Donbas is “now in full swing.”

Videos circulating on social media showed the moment Russian troops surrounded Luhansk’s Toshkivka as they moved to capture the settlement. Toshkivka, with a prewar population of about 5,000 people, is about 25 kilometres (15 miles) south of Severodonetsk.