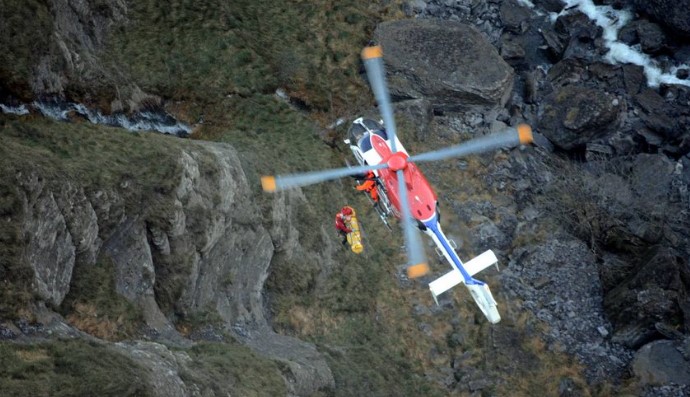 Emergency services in the Basque Country have recovered the body of a British climber from the notorious Devil’s Pass in Abadiño.

The Basque Emergency Services, SOS Deiak 112, have confirmed today, Saturday, June 25, the discovery of a 25-year-old British man who had gone missing on Thursday, June 23. Search and rescue teams had subsequently launched an operation at around 8:30pm in the area of Alluitz mountain, in the municipality of Abadiño.

An Ertzaintza helicopter crew found the body of the young man on the morning of Friday, June 24, in the Infernu Zubi channel, near the summit of Alluitz, where it is believed he may have fallen.

The deceased was with another British person, although neither one is known to be a mountaineer, they were reportedly attempting to climb to the top of the notorious limestone rock known as Paso del Diablo (Devil’s Pass). At 4,367ft, this peak is the second-highest of the Urkiola mountain range and the highest peak in Anboto.

According to The Sun, a local source said the pair had been staying in a hotel in the Gipuzkoa province town of Eibar. The same source claimed that the two climbers became separated during a storm, and that the deceased had continued alone before his tragic death occurred.

The body will be transferred to the Forensic Pathology Service in Bilbao, where a post-mortem examination will be carried out. Meanwhile, all the relevant police and judicial actions are being conducted.

A large search operation had been coordinated by an operative from the Basque Government’s Directorate for Emergency Services and Meteorology. Their team included the Ertzaintza police, patrols from the Durango Ertzain-etxea, the Canine Unit, the mountain section of the Surveillance and Rescue Unit, the Bizkaia fire brigade, DYA, the Red Cross and the Basque Rescue Dog Group.