Dénia hosts meeting to save the region’s turtles 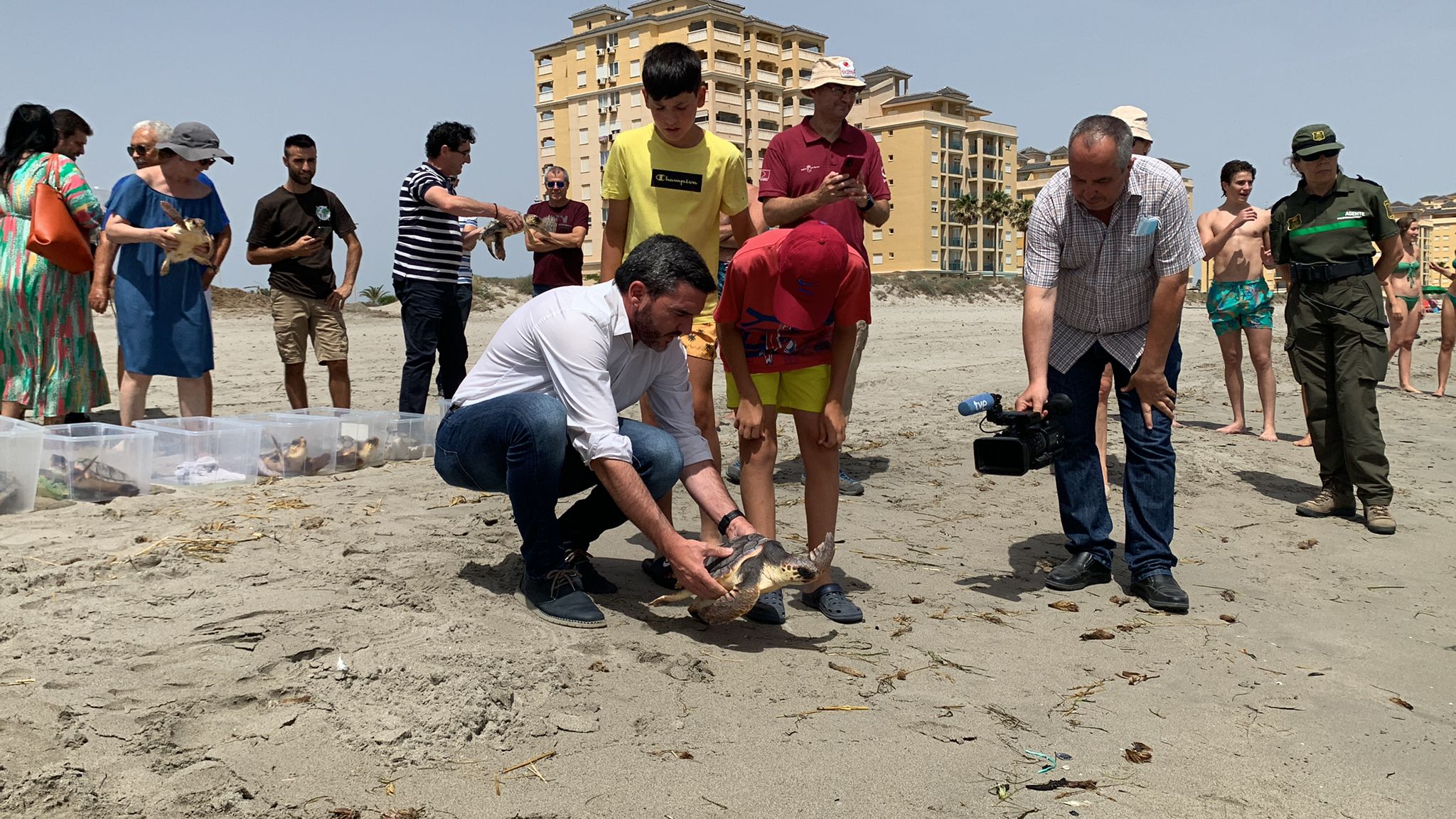 Dénia has hosted a meeting of 60 coastal municipalities from Valencia, Murcia and the Balearic Islands to kick-start the 2022 awareness campaign to save the turtles that breed along their shores.

This is the third year that the municipalities along with the Ministry of Agriculture, Environment, Climate Change and Rural Development, FGV, 112 Emergencias and other scientific and environmental organisations, have met to discuss the plight of the turtle and to agree on plans to protect and raise awareness about the species.

A copy of the plan can be downloaded here.

Those attending were treated to the release of ​​a sea turtle recovered in the Oceanographic Foundation’s Sea Animal Recovery and Conservation Area (ARCA). The 14-kilogram female was rescued by the hospital suffering from a moderate gas embolism. She was recovered after a fishing boat reported her sighting.

Researcher, José Luis Crespo of the Conservation Area of ​​the Oceanogràfic Foundation, explained the Foundation’s work with turtles in the fields of dissemination, education and research, as well as its significance for the marine world.

The awareness campaign, promoted by the Fundación Oceanogràfic, includes the placement of placing more than 1,500 posters on billboards and other media, from which swimmers and travellers are made aware of the presence of turtles.

The posters also advise what to do in the case of a sighting, which is to call 112. That activates the Stranding Network, made up of the University of Valencia, the Ministry of Agriculture and Ecological Transition and the Fundación Oceanogràfic itself.

On receipt of a call, a rescue team will be sent to the area to check on the animal and if necessary return it to the ARCA del Mar, where it can be tended to before being released back into the sea.

The timing of the campaign is everything as it coincides with the nesting season, a period due which the turtles come ashore so it is essential they are not disturbed.

The good news is that there has been an increase in the number of turtles visiting the area’s coastline, with the expectation that this year will see high numbers again as municipalities once again get together to save the turtles.