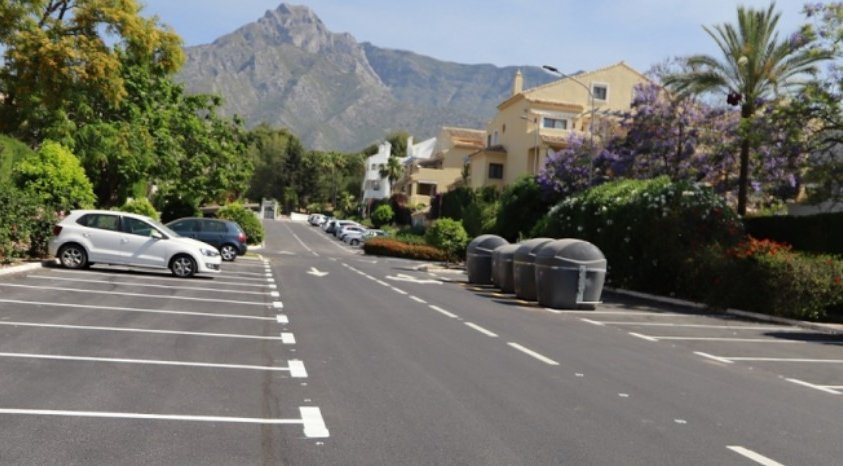 Image of the resurfacing and new signage in Naugueles in Marbella. Credit: [email protected]_Marbella

Roads in the Nagueles area of the Malaga city of Marbella have been resurfaced along with new signage.

As announced by Marbella City Council on Friday, June 24, the roads have been resurfaced and signage renewed on Calles Cornalina, Calomela, and Estena, in the Nagueles area. As Diego Lopez, the councillor of the branch pointed out: “It is an area of ​​urbanisations located in the Western district, north of the A-7 motorway, where more than 2,000 neighbours reside”.

He continued: “It was necessary to renovate it because the area suffered great deterioration due to to the passage of time and the proximity of the Las Piedras stream, even making circulation difficult at some points due to the state of the pavement”.

“The objective is to improve the quality of life in all the neighbourhoods of Marbella, attending to the demands that citizens make of us”, Lopez added.

This work has allowed the creation of more than 10,400m² of new tarmac areas, and almost 3,800 metres of horizontal indications have been marked. Specifically, work has been done on a total of 250m² in Calle Estena, 140m² in Cornalina, and 365m² in Calomela.

“In addition to having adapted the covers of the manholes and the sanitation wells to the level resulting from the new pavement, it is now possible to park more safely on each of the roads. The spaces have been well delimited, which were arranged in drums in the first two, and, both on drums and online, in Calomela”, Lopez specified.

The councillor explained that, together with the renovation of the road surfaces and other elements of the public road, the project has included the perimeter fencing of a municipally-owned plot located on Avenida Piedramar Avenue. This had a perimeter enclosure of more than 1,100 metres in length.