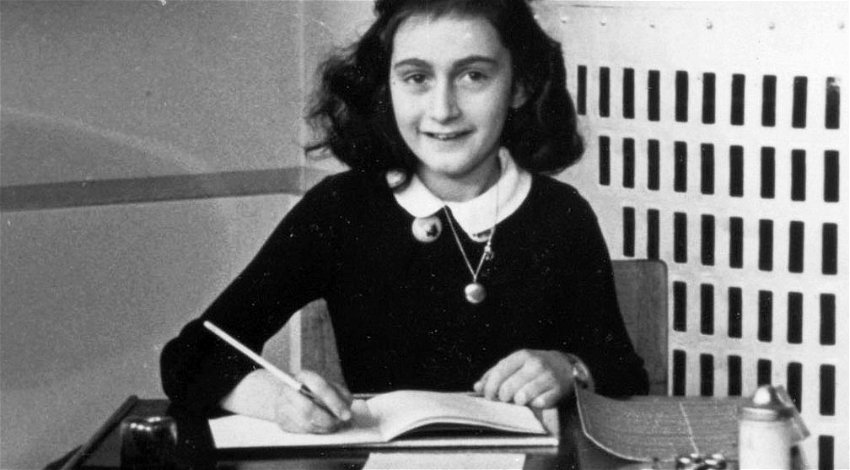 Written on the 75th anniversary of Anne Frank’s diary, Michael Rosen’s sonnet reflects on the ‘awful paradox’ of the journal’s bright spirit and the fate that would befall her.

Entitled a “Sonnet for Anne Frank” the former children’s laureate Michael Rosen said he wrote it because sonnets have “a certain kind of dignity” and give “you time to reflect”.

In the sonnet Rosen addresses Frank directly saying: “You compressed so much life into that loft”, but that “each time we read, we struggle to enjoy / your love of life while knowing how it ended”.

Speaking about the sonnet he said: “I’ve got an unresolved dilemma in the poem, which is that in the diary you’re reading a person who is so alive and so full of hope and life’s details and problems from a teenager’s point of view, but it’s almost impossible to read it without thinking of her terrible fate. So there is an awful paradox between the living spirit of the diary and the knowledge that you have.

“[The poem] makes a space for the reader to dwell on that paradox, which is in its own way quite painful. You laugh a lot with Anne Frank, and you think she’s having fun at the neighbours’ expense, and then you just suddenly have this simultaneous sense of being appalled by the terrible end.

Anne Frank gained fame for her diary that she wrote hidden away with her family in her father Otto’s workplace in Amsterdam during World War II. The diary was given to her as a present on her 13th birthday.

After Frank and her family were discovered by the Nazis, her father’s secretary found the diary and gave it to him when the war was over. Otto was the sole surviving member of the family.

Otto decided to publish the diary, as Anne would’ve had wished with the translated version from Dutch to English, becoming known as “The Diary of a Young Girl.” The diary became internationally renowned for its stark and honest account of the nightmare of living through the Nazi occupation.

Rosen, Professor of Children’s Literature at Goldsmiths, University of London was commissioned by the Anne Frank Trust to commemorate the 75th anniversary. The Sonnet lays bare the awful paradox of the diary, the war and the life under Nazi occupation.

Since you took us into that attic space
no room under the eaves has been the same.
Wherever we go – our homes or others’ –
whenever we dip and duck under beams
you are in the shadows, writing pages
laughing, crying, eating, daring to love
imagining a better world than yours.
How you wrote leads us to think we know you.

You compressed so much life into that loft
which we pore over and love you for it
yet the real world – not the one you imagined –
didn’t allow you to live and write any more.
Each time we read, we struggle to enjoy
your love of life while knowing how it ended.