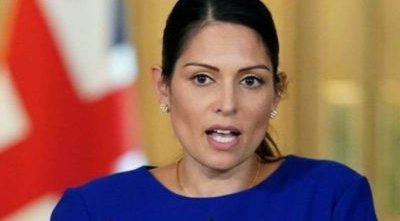 The Hope Hostel in Kigali Rwanda is said to be readying for the arrival of children sent from the UK under the government’s much-criticised Rwanda asylum plan.

According to the Metro on June 25, the hostel is being further upgraded to provide for children including a five-a-side football pitch, basketball court and toys for minors.

Hostel manager Elisee Kalyango confirmed they were taking steps to prepare for children coming under the UK’s Rwanda asylum plan, telling journalists: “We are ready to handle people from any age.

“A mini football and basketball court which can be shifted to volleyball are being built” and the “team is considering getting ‘toys’ to be placed on the nearby lawn for children.”

The government has said that no unaccompanied children would be sent to the Rwandan capital but insisted it was right to “prepare for all eventualities,” refusing to rule out the possibility.

The information was shared with journalists travelling with Boris Johnson to Rwanda, for the Commonwealth summit. The visit to the centre was arranged by No 10.

Hope House was unoccupied at the time of the visit but journalists were led to believe that it was once home to genocide orphans and more lately by students, who had been moved to another location following the deal with the British government.

The revelation that unaccompanied minors could be sent to Rwanda has been described as “utterly unacceptable” with Lord Dubs, who was welcomed to the UK when he fled the Nazis in Czechoslovakia under the Kindertransport scheme, heavily criticising the scheme.

“The policy of sending people to Rwanda is awful enough without adding that they are going to send children.

“I don’t know how they think they can get away with it. I think it’s deeply, deeply shocking.

“It makes it clear they don’t care who they send to Rwanda, as long as they get rid of people.”

Insisting that 90 per cent of those that cross the channel are men, a spokesperson for the prime minister said: “It’s right we prepare for all eventualities and you can see we have prepared properly,

“Our view is we have taken significant steps, as have the Rwandan government, and those running this site, to make sure people have everything they need here and opportunities to resettle and live their lives.”

Failing to rule out the possibility after being asked who would be deported, the spokesperson said: “It will depend on those who make the journey.”

Shadow Home Secretary Yvette Cooper a critic of the UK Rwanda asylum plan said: “For them now to include vulnerable children in their plans is sinking to a real new low. [Home Secretary] Priti Patel should be ashamed.

“The Home Office should stop this damaging plan, start targeting the criminal gangs and sort out their own asylum decision-making instead.”

Earlier, Prime Minister Boris Johnson admitted that Ukrainian refugees could be subject to the Rwanda asylum plan that has been stalled by legal challenges, but said it was “very unlikely”.

Rwanda’s human rights record is high among the concerns about the £120 million (€139 million) economic deal, which is still facing numerous legal challenges.

It is understood that despite the scheme not having yet gotten off the ground, payments from the UK government have been forthcoming with the money being used to upgrade the facility.

The UK Rwanda asylum plan, which brings back horrific memories of the UK deporting young children caught stealing to Australia, has not closed the door to children news that will reignite opposition to the policy.