Torremolinos to have 15 extra attendants monitoring beaches this summer 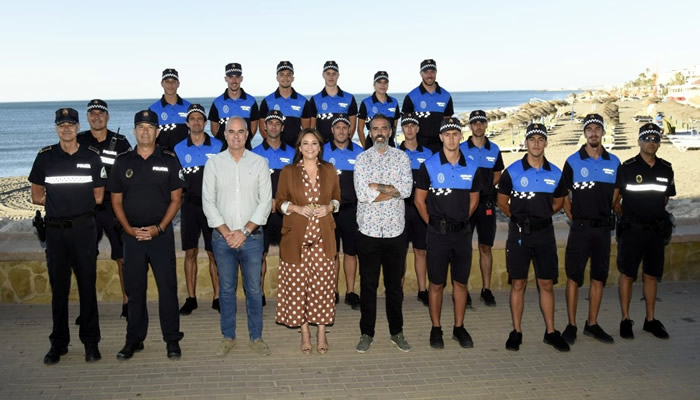 The beaches of the Malaga resort of Torremolinos will have 15 extra attendants monitoring them this summer.

As announced on Friday, June 24, by Margarita del Cid, the Mayor of Torremolinos, the popular Malaga holiday resort has welcomed the addition of 15 beach attendants. They will reinforce the surveillance on beaches in the municipality during the four high season months.

The mayor was joined at the presentation by Francisco Cerdan the Councillor for Citizen Security, and Luis Rodriguez, the Councillor for Beaches. “This year is especially important due to the large influx of tourists that, fortunately, we expect after two years of the pandemic”, said Ms Del Cid.

She continued: “These 15 auxiliaries, who are coordinated by an officer and three local police officers, are going to have their base here, in Rincon del Sol, in Carihuela. They are going to have four units that will monitor the entire beach from Bajondillo to Los Alamos, and three units that will do so in the area from Rincon del Sol to the border with Benalmadena“.

“In short, safer beaches, more equipped beaches, and cleaner beaches, even today when we have had a long night in San Juan. Above all, it offers a better image so that all those who visit us decide to commit to Torremolinos. I want to congratulate the councillors of Security and Beaches, and also Marta Huete, councillor of personnel, who have managed to make this bet of the new government team”, the mayor added.

The 15 security assistants will monitor the beaches from 12 midday to 8pm, both on foot and by bicycle. A special team consisting of an officer and three local police officers with their vehicles dedicated to beach security will offer support to the auxiliaries.

This year, for the first time, there is a single communication network between local police, security assistants, and lifeguards, which will facilitate coordinated and faster intervention between the beach, security, and lifeguard services.