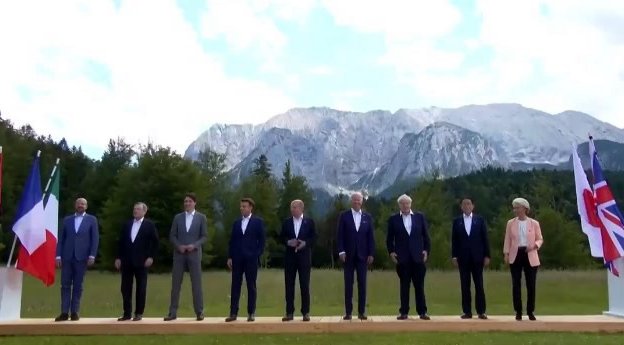 The G-7 leaders are expected to announce further sanctions on Moscow, including a ban on Russian gold imports.

Today, Sunday, June 26, is the first day of the G-7 summit in the Bavarian alps. The leaders of these countries are expected to announce the latest in a series of sanctions against Russia. A ban on Russian gold imports is thought to be among the discussions taking place in Schloss Elmau.

“Putin is squandering his dwindling resources on this pointless and barbaric war. He is bankrolling his ego at the expense of both the Ukrainian and Russian people. We need to starve the Putin regime of its funding”, he added @BorisJohnson.

Since the start of the invasion, due to wealthy Russians trying to find a way around the sanctions imposed, the value of gold has increased. In recent years, after energy, gold has been Russia’s top export. According to White House sources, around five per cent of global gold exports in 2020 were made by Russia. They estimate the value to be almost $19 billion (€18bn).

Speaking on condition of anonymity, US President Joe Biden’s administration officials had revealed that the ban on gold was expected to be announced this Tuesday, June 28, as reported by euronews.com.

Dear @POTUS, congratulations on the launch of your Global Infrastructure Initiative.

It is up to us G7 partners, to give a climate positive, powerful investment impulse to the world.#DemocraciesDeliver https://t.co/EpsjE5DCT2

We must take defined, coordinated action for the prosperity and security of all our peoples.

Over the next week I'll be meeting leaders at the @G7, @NATO and @CHOGM2022 to urge unity in the face of global challenges.#StandWithUkraine pic.twitter.com/KVEU3NlziH