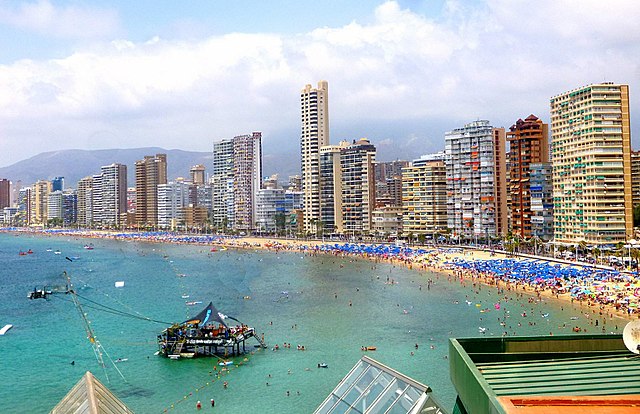 The National Police is intensifying its inspections and controls during the summer months and has arrested six people in Benidorm for alleged illegal drug activities according to El Periodic today Sunday, June 26.

National Police agents have been carrying out inspections of nightlife venues in a bid to prevent drug trafficking and illegal immigration.

May foreign tourists are looking to have fun, and some in excess. During the summer months, Benidorm doubles its population which leads to the need for more intensive police work.

Launching ‘Operation Summer’ the National Police of Benidorm are aiming at ensuring public safety in the main tourist areas so that everyone, whether national or foreign, can enjoy their holidays safely.

In accordance with ‘Operation Summer’ agents of the National Police are carrying out various inspections in premises susceptible to committing irregularities, such as having staff without employment contracts, allowing or tolerating criminally illegal activities of consumption and sale of narcotic substances, as well as other administrative offences.

In one of the operations carried out, the agents inspected two leisure premises located in the well-known English area, whose pubs are frequented by a large number of people, both nationals and foreigners, during the summer season.

This operation resulted in the arrest of six people, of different nationalities, between the ages of 20 and 40 of whom four were arrested for crimes against public health and three arrested for illegal activities.

Following the inspection carried out on both premises, seven sanctions were imposed for tolerance to the consumption of narcotic substances.

Two reports were issued for very serious infringements of the regulations of the Autonomous Community regarding public premises and seven workers without employment contracts were found.