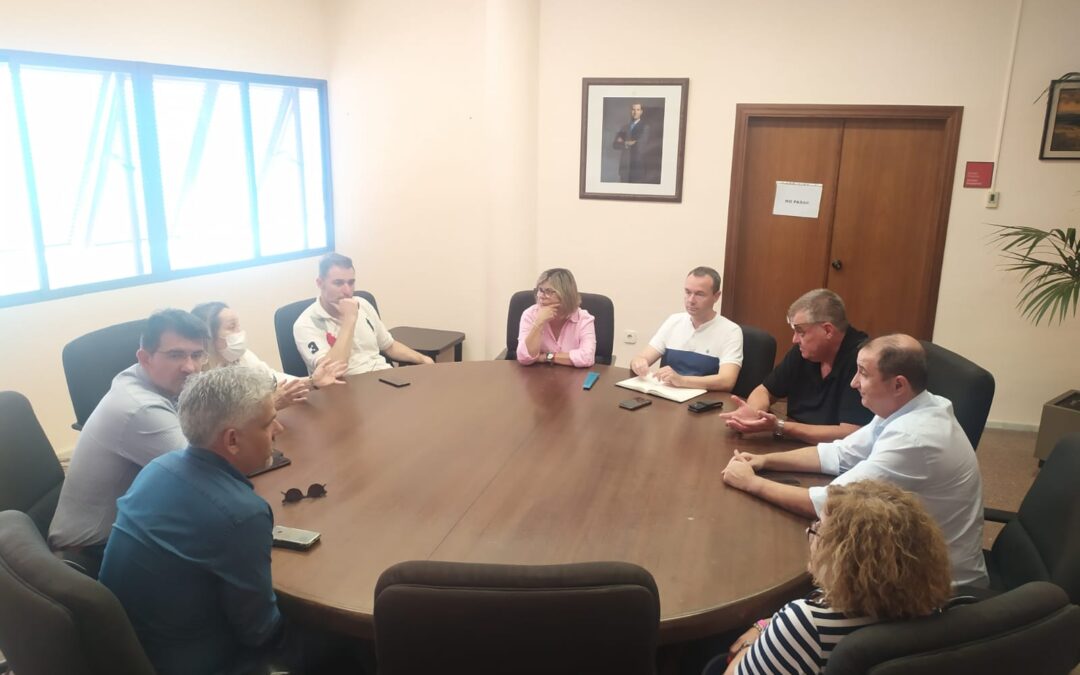 SANTA Pola Mayor Loreto Serrano and the councillor of Gran Alacant, Oscar Valenzuela spoke to the heads of Correos, Jesús Salinas and Rosario Medina, to discuss the extension of opening hours in Gran Alacant and improving delivery services.

Serrano and Valenzuela asked the Correos officials, who were joined by heads of their distribution branch in Alicante, as well as the administrators of the Gran Alacant area, to implement measures to avoid problems continually caused by the postal service in Gran Alacant.

Problems such as failed delivery of letters as well as limited opening hours at the Gran Alacant post office, especially at weekends, lack of shade for customers waiting to use the facility and the size of the post office, were all outlined by the Santa Pola/Gran Alacant officials.

Serrano requested an extension of the opening hours at the Gran Alacant post office, especially the extension to some afternoons and Saturday mornings, due to neighbourhood demand, as confirmed by the councillor of Gran Alacant.

With regards to works to make the facility bigger and provide more shade, Serrano said extension works had been carried out on the ground floor, with a new counter, toilets and access ramp added, as well as the repositioning of trees to improve the shade.

Back in August 2020, Euro Weekly News reported that unhappy residents of Gran Alacant were taking action in the fight against the poor Post Office facilities and service.

At the time, EWN reported that the Post Office, located at the top of ‘cardiac hill,’ faced ongoing issues of short opening hours, staff shortages and the cramped, old facilities, which had left Gran Alacant with a building no longer fit for purpose.

The facility had poor accessibility, inefficient storage for parcels and no waiting area outside, which meant people had to stand out in the sun, at high temperatures, for waits as long as 45 minutes.

Speaking exclusively to EWN at the time, one woman said: “I dread going to the post office at the moment because I know I will be standing for a very long time, in the sun, in the heat of the day.”