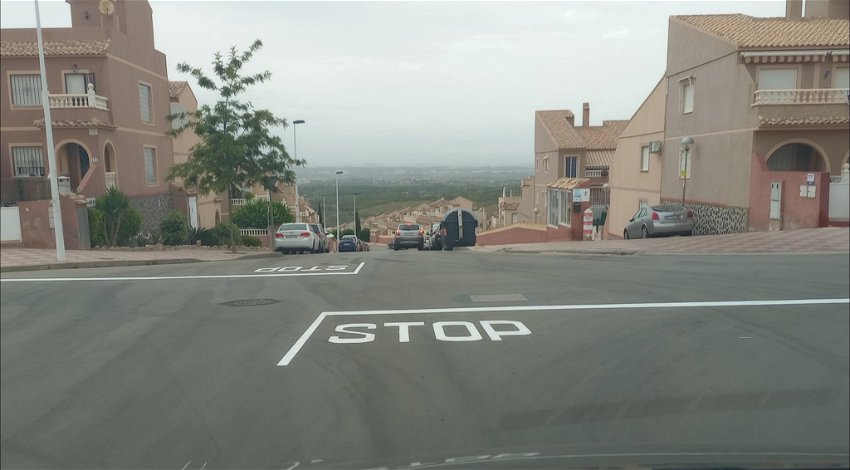 NEW road markings have been added to the crossings on Calle Canarias near the Av. D’Escandinàvia Unide Market in Gran Alacant after several accidents occurred in the area.

The road, which lacked any clear markings, has now had the word ‘STOP’ added at the junction with extra line markings to help road users distinguish the intersection in the hopes of keeping Gran Alacant residents and drivers safe.

The markings have been added months after Euro Weekly News exclusively reported that another accident had occurred on Calle Canarias.

On Wednesday, February 16, an eyewitness to the incident, which saw two vehicles collide, said that he spoke to police about the lack of road markings in the urbanisation, however, according to Local Police, “because it is classed as private urbanisation they cannot do anything about it.”

Jason, who lives on the road with his partner and two children, told EWN at the time: “What is it going to take someone to get run over and killed before they simply put some paint on the road to try and stop the cars?”

“My children live around here and this is the second car crash to have happened nearby, people are driving too fast in these residential areas,” Lina told EWN.

Prior to that incident, a crash occurred at the same junction, which resulted in a car smashing into a wall.

The incident, which was again attended to by police, saw a silver Mercedes collide with a blue Alfa Romeo in a devastating wreck.