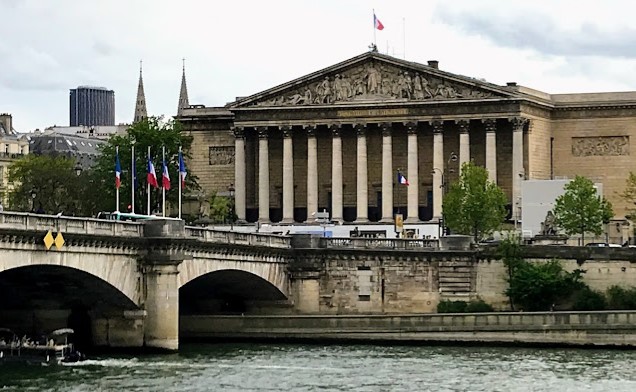 Lawmakers in France have proposed a bill to enshrine abortion rights in the country’s constitution.

According to a statement by two members of parliament on Saturday, June 25, a bill was proposed by lawmakers in France to protect the current abortion laws in the country’s constitution.

Last Friday, June 24, the US Supreme Court made a landmark ruling where it overturned the ‘Roe vs. Wade’ ruling made in 1973. As a result, this action now allows each American state to decide its own laws on banning abortions.

Speaking with France Inter radio station on Saturday, Aurore Berge, the leader of President Emmanuel Macron’s party in parliament said: “Women’s rights are always fragile rights that are regularly threatened. We must take steps in France today so we do not have any reversal of existing laws tomorrow”.

Ms Berge described last Friday’s decision in the US to revoke abortion rights as “catastrophic for women around the world”. She added that the law she had tabled would “enshrine the respect for abortion in our constitution”.

The right to abortion in France was inscribed in a law in 1975. In the last legislature, France extended from 12 to 14 weeks the legal timeframe to terminate a pregnancy.

Marie-Pierre Rixain, a member of Macron’s The Republic on the Move party, and a member of parliament, tweeted @RixainMP: “What happened elsewhere must not happen in France”. She added that future generations in France would be cemented by a constitutional law regarding abortions.

“For all women, for human rights, we must set this gain in stone. Parliament must be able to unite overwhelmingly over this text”, tweeted Elisabeth Borne, the French Prime Minister @Elisabeth_Borne. Echoing support shown by other ministers, she added that the bill would be ‘wholeheartedly’ backed by the government.

Marine Le Pen, recently presented herself as a defender of women’s rights although her National Rally political party had always voiced its opposition to abortion. She has reportedly backed the status quo in this case.

Expressing his solidarity with women in the United States, after the US Supreme Court’s decision last Friday, President Macron tweeted @EmmanuelMacron: “Abortion is a fundamental right for all women. It must be protected”.