Schiphol Airport forced to make a permanent reduction in flights 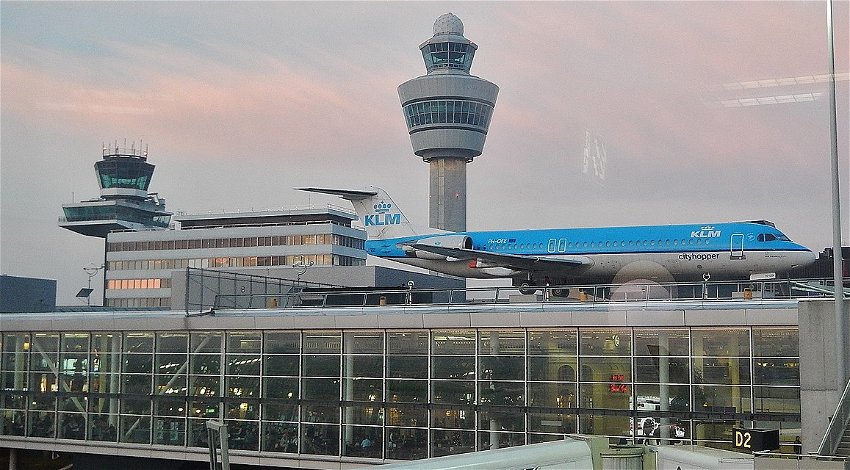 Schiphol Airport is to permanently reduce the number of flights as ministers get tough on noise and pollution.

The reduction announced over the weekend of June 26, will see the total number of flights restricted to no more than 440,000 take-off and landing slots a year from November 2023. Infrastructure Minister Mark Harbers said the airport needs to cut flight volumes back to those of 2014.

That figure represents a reduction of 12 per cent on current numbers, which have yet to return to pre-pandemic levels as the airport struggles with staffing issues.

Harbers told MPs in a briefing that the reduction is necessary to cope with noise and other forms of pollution, saying “a new balance” is needed between “the importance of a good international airport, a good business climate and the importance of a better and healthier living environment.”,

He added: “It is an illusion to think you can have 500,000 flights in this situation.

“Local residents are inconvenienced by flight noise and are concerned about the effects of aviation on their health, the environment and the climate.”

The news, which had been leaked late Friday by broadcasters NOS and RTL Nieuws, will come as a surprise to many particularly given the value of the airport to the local economy.

Harbers continued by saying that work will now begin on the practicalities of the measure which will run for five years, adding that: “In the future, we want to manage things differently, based on the actual noise and emissions rather than the number of flights.”

Marnix Fruitema, Chairman of Barin Restrictions questioned the move saying: that it was unlikely the airport could maintain it huge destination network with the new restrictions.

He said: “It would seem as if the cabinet is deliberately strangling the aviation sector.

“This has not been discussed with the aviation sector and conflicts with the coalition accord. It will also make flying impossible for people on low incomes.”

The change comes in a week when Schiphol and many other airports have suffered delays and cancellations due to staff shortages. Lelystad airport, which was due to take over some of the flights from Schiphol for the next two years is also being discussed in parliament and could also face restrictions going forward.

The news that Schiphol is being forced to make a permanent reduction in the number of flights that take off and land at the airport, will be seen as an opportunity by other busy transit airports to pick up where KLM and others left off.