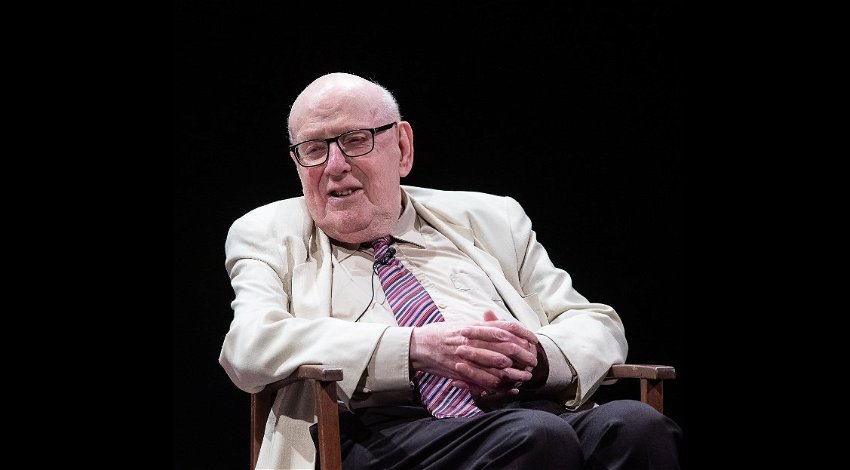 The sad news of the passing of Frank Williams, best known for playing the Vicar in Dad’s Army from 1969 until 1977 was announced on his Facebook page Sunday, June 26.

The news was delivered in a post that read: “So sorry to say that our beloved friend, colleague and actor, Frank Williams, passed away this morning.”

“He was almost 91, and we are grateful for all the years of joy, laughter and happiness he brought to so many. Thank you, Frank! x”

In 1988 Frank played another vicar in one episode of another Jimmy Perry and David Croft sitcom, Hi-de-Hi!.

In 2000, when the Queen Mother turned 100, Frank joined the rest of the surviving Dad’s Army cast members for the birthday parade as Dad’s Army was her favourite television programme.

In 2002, Frank published his autobiography entitled Vicar to Dad’s Army.

In 2015, he returned to the role of The Reverend Timothy Farthing for the new Dad’s Army Film.

Before he turned 90, Frank had said about reaching his age: “It was the happiest period of my professional life. Initially, I thought it was for just one episode but the character became a regular.

“I ended up appearing in 39 of the 80 TV episodes, the original film, stage show and 14 radio episodes. It’s hard to believe that I’m celebrating that milestone.”

He was partially sighted towards the end of his life and even walked with a stick. However, it didn’t stop him from watching Dad’s Army reruns.

“I’ve got macular degeneration,” he said. “It’s irritating but I cope. I can still recognise people if they stand close to me.”

“Sadly, I can’t read anymore so I listen to audiobooks. When it comes to watching TV, I have to sit close to the set but I still enjoy seeing the episodes whenever they’re shown.”

Speaking of the show’s appeal, he also said: “All the characters are funny and appeal to people of all ages, including children.”

“Once, a friend told me that his three-year-old granddaughter liked Dad’s Army more than Postman Pat.”