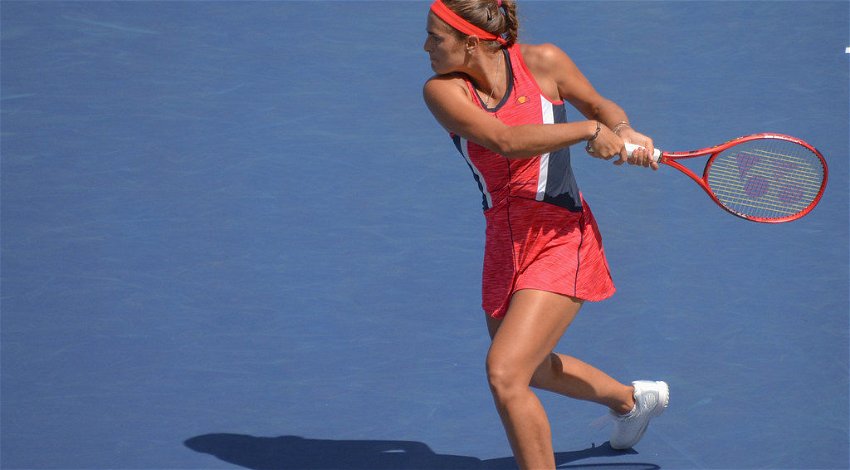 The Wimbledon Championships, the annual tennis competition held at the All England Club in London, began again this weekend. This year, female tennis players have questioned the logic behind the sport’s mandatory white uniform – which includes white undergarments – if they happen to be on their period.

Tennis broadcaster Catherine Whitaker has expressed her desire to see the dress-code change as it is outdated and raises issues for many tennis players which those who do not menstruate don’t have to contend with. Other tennis competitions such as the US open also do not carry the same dress restrictions, as demonstrated by Monica Puig’s red outfit in 2018.

These comments by Whitaker were influenced by a recent discussion with tennis player Qinwen Zheng who spoke out about how menstrual cramps had a negative impact on her performance on the court, and led to her defeat against Iga Swiatek. 19 year old Zheng needed medical attention following the second set of her match due to what she described as frustrating “girls things” which men don’t have to go through.

Period cramps and bleeding can affect women in many day-to-day activities, ranging from mild inconvenience to excruciating, debilitating pain. Tennis player Monica Puig tweeted about the “mental stress of having to wear all white at Wimbledon and praying not to have your period during those two weeks”. David Law replied that as a man, after 25 years working in tennis, he’d never thought of it and that that needed to change.

Australian player Rennae Stubbs has shared how the menstruation conversation is prevalent in Wimbledon locker rooms, withn some players doubling up on sanitary pads and tampons to prevent any leakage or stains before a match. Stubbs also spoke about the pressure of having to “go out on the court and still give 100 per cent” when at times she has had such terrible period pain that she was “on the floor throwing up” and felt like “got hit by a train”.

An All England Club representative has expressed the club’s desire to prioritise “women’s health and providing players with anything they require”. Whether this leads to a change in the strict white dress code so players can have more freedom and wear darker colours in which they would feel more comfortable is yet to be seen.